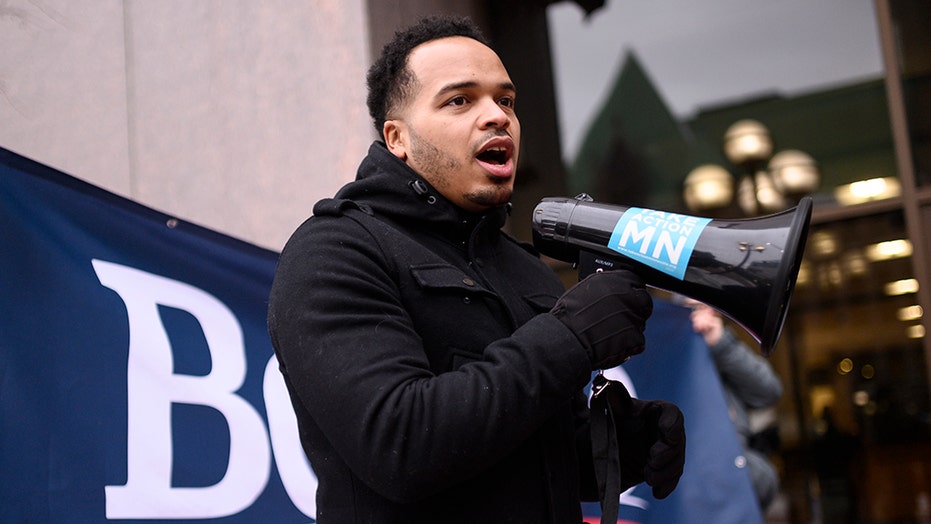 Jeremiah Ellison, a Minneapolis city councilman and son of state Attorney General Keith Ellison, is calling for the "dismantling" of the Minneapolis Police Department following days of nationwide protests over the death of George Floyd -- and he soon got the support of the City Council's president.

"We are going to dismantle the Minneapolis Police Department," Jeremiah Ellison tweeted Thursday.

"And when we’re done, we’re not simply gonna glue it back together. We are going to dramatically rethink how we approach public safety and emergency response. It’s really past due."

City Council President Lisa Bender, a fellow Democrat, later replied, "Yes. We are going to dismantle the Minneapolis Police Department and replace it with a transformative new model of public safety."

It's not clear how they would "dismantle" the police department; the lawmakers did not elaborate.

Floyd died May 25 while in police custody during an arrest. A video of a Minneapolis police officer kneeling on his neck for nearly nine minutes has unleashed calls to address criminal justice reform and police brutality, as well as civil unrest, in several cities across the country.

Many protesters have also called for lawmakers to stop increasing funds to police departments and enact legislation to hold officers accountable.

Jeremiah Ellison posted his remarks in response to a user asking if any elected officials were brave enough to take on the police in their city or state. Days after Floyd's death, he tweeted in support of Antifa, an anti-fascist movement comprised of loose-knit groups that have drawn criticism for physical violence against far-right supporters and figures.

"I hereby declare, officially, my support for ANTIFA," Jeremiah Ellison tweeted May 31. "Unless someone can prove to me ANTIFA is behind the burning of black and immigrant-owned businesses in my ward, I’ll keep focusing on stopping the white power terrorist THE ARE ACTUALLY ATTACKING US!"

On Wednesday, Keith Ellison's office upgraded the charges against the officer seen pinning his knee on Floyd's neck to second-degree murder and charged the other three officers involved -- Thomas Lane, J.A. Kueng and Tou Thao -- each with two counts of aiding and abetting and second-degree murder.