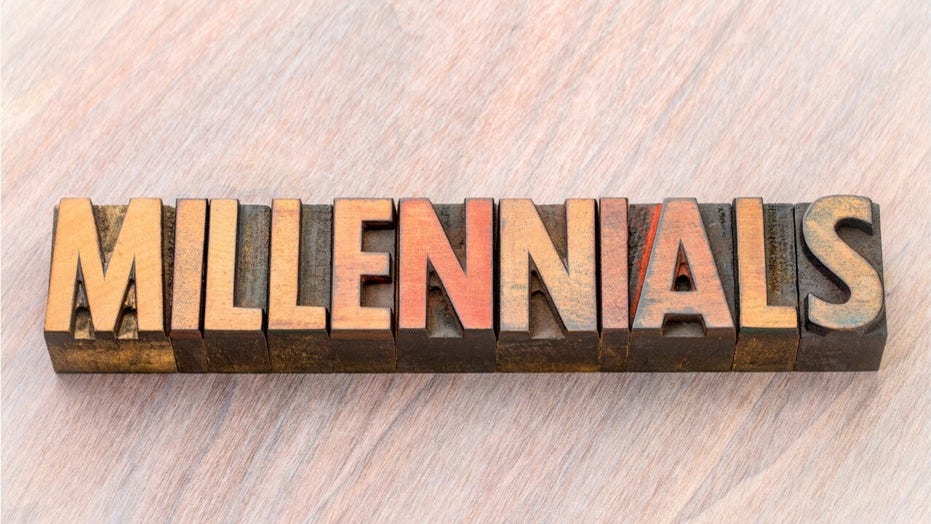 What is millennial socialism?

Statistics show socialism is becoming more popular among millennials voters. Here's some background: Describing themselves as “Democratic socialists,” Sen. Bernie Sanders and freshman Rep. Alexandria Ocasio-Cortez enjoy broad support from millennial voters, who were born between 1981 and 1996. The generation now in their mid-20s to early-30s welcomes proposed policies that would broaden government subsidies to benefit young Americans grappling with student loan debt and rising health care prices, and who are more likely to live off their parents well into adulthood.

Describing themselves as “Democratic socialists,” Sen. Bernie Sanders and freshman Rep. Alexandria Ocasio-Cortez enjoy broad support from millennial voters, who were born between 1981 and 1996.

The generation now in their mid-20s to early-30s welcomes proposed policies that would broaden government subsidies to benefit young Americans grappling with student loan debt and rising health care prices, and who are more likely to live off their parents well into adulthood. As Sanders trails narrowly behind former Vice President Joe Biden in national polls, it’s becoming more likely that a self-described democratic socialist will receive the Democratic presidential nomination — and possibly head to the White House.

Seventy percent of millennials – and 64 percent of Gen Z – answered that they'd be somewhat or extremely likely to vote for a socialist candidate, according to a poll conducted by data and research firm YouGov last September for the Victims of Communism Memorial Foundation. The poll also showed only 57 percent of millennials believe the Declaration of Independence better "guarantees freedom and equality" over the Communist Manifesto. And millennials regarded President Trump as a greater threat to world peace than North Korean dictator Kim Jong Un and Russia’s Vladimir Putin.

“The historical amnesia about the dangers of communism and socialism is on full display in this year’s report," Marion Smith, executive director of the Victims of Communism Memorial Foundation, said in a statement. "When we don’t educate our youngest generations about the historical truth of 100 million victims murdered at the hands of communist regimes over the past century, we shouldn’t be surprised at their willingness to embrace Marxist ideas. We need to redouble our efforts to educate America’s youth about the history of communist regimes and the dangers of socialism today.”

This is a stark contrast from older generations who witnessed the fall of the Berlin Wall in November 1989, the historic event that happened just weeks after Ocasio-Cortez was born and was regarded as a victory of capitalism over communism.

President Reagan, along with European leaders, negotiated policies that helped the American service-based economy grow on a global scale.

“Look at Venezuela today, or Cuba,” Zegers, the daughter of an Operation Iraqi Freedom veteran, told Fox News. “Fidel Castro came to the U.S. after he came to power and met with [then-Vice President Richard] Nixon and said he wanted democracy, but then he went back to Cuba and began killing political opponents.”

Socialism has become a sort of moral high ground for millennials, as Ocasio-Cortez, a member of the so-called “liberal left” faction of the Democratic Party, asks millions of her followers on social media why they wouldn’t support ideals like equality and wealth for all Americans. Meanwhile, capitalism, a term of endearment for older generations describing America’s economic success, is now equated more with corporate greed and the increase of global carbon emissions.

Ocasio-Cortez’s Green New Deal was to save young people’s purportedly doomed futures from the global climate crisis. And Sanders, along with his progressive counterpart Sen. Elizabeth Warren (D-MA), have proposed “taxing the hell out of the wealthy” to fund government initiatives addressing climate change, housing shortages, student loan debt and affordable health care.

WHAT IS THE ALLURE OF SOCIALISM FOR MILLENNIALS?

In the book “Can American Capitalism Survive?: Why Greed Is Not Good, Opportunity Is Not Equal, and Fairness Won't Make Us Poor,” Washington Post columnist Steven Pearlstein claims the majority of millennials in America said they would rather live in a socialist country.

College tuition has more than doubled since the 1980s, Business Insider reported. On average, millennials are making more than both their parents and grandparents did at their age, according to a September report by SuperMoney that analyzed U.S. Census Bureau data. But “average millennial income growth is practically flat when you consider inflation.” “And young adults are the worst off,” when considering the rise in cost of living, student loan debt and other factors, the report said.

Nordic countries, whose smaller populations operate in a cradle-to-grave welfare society, fund socialistic government through their success in a capitalist global market. For example, those who make more than the equivalent of $80,000 in Denmark – often used as an example of the ideal socialist economy by Sanders' on the campaign trail – actually forfeit most of their income. And everyone pays a 25 percent sales tax on all goods.

The economist Ed Glaeser argues that what he coined “Boomer Socialism” is largely to blame for the rising popularity of socialist ideas among millennials. Even though socialism is unpopular among Americans born before 1975, their generation has largely benefitted from government programs, such as Social Security, subsidized mortgages and Medicare, according to The Atlantic. The U.S. Federal Reserve said millennials have “lower earnings, fewer assets, and less wealth” than their parents in the Baby Boomer generation born between 1946 and 1964.