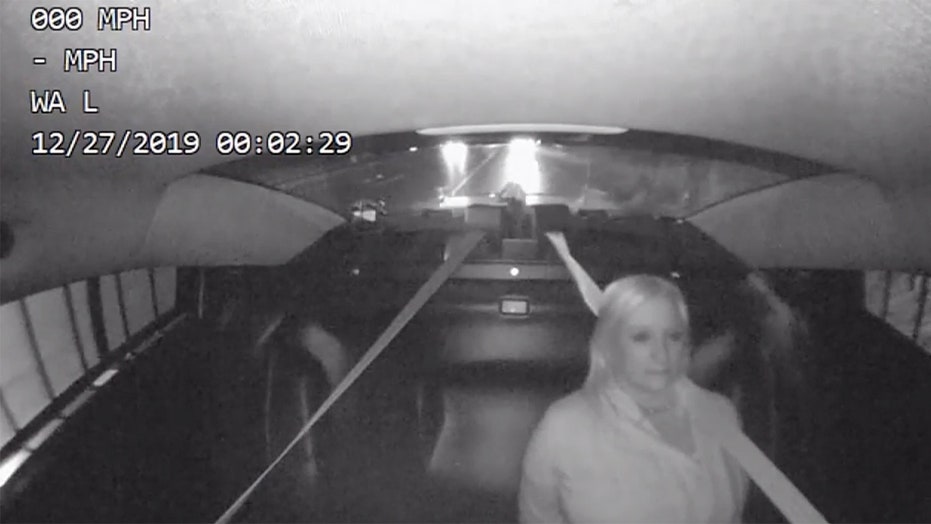 A Michigan state lawmaker was clearly upset her December drunken-driving arrest was being recorded by police video cameras, according to a report.

The video obtained by Detroit's WXYZ-TV on Friday shows Warren in the back seat of a patrol car after being taken into custody in Auburn Hills on Dec. 26.

"I just don't want this on camera for my future," Democratic state Rep. Rebekah Warren says at one point. "It will ruin my career."

"I just don't want this on camera for my future. It will ruin my career."

"You don't understand, I'm elected,” Warren adds. “I'm a senator. People will be, like, the senator got arrested. That'll be, like, (expletive). This is going to be the most famous arrest you've ever made.”

Image from a video showing Michigan state Rep. Rebekah Warren in the backseat of a patrol car after a drunk driving arrest on Dec. 26 (Auburn Hills Police Department)

She goes on to tell the officer in the video that there’s going to be a moment that they’re both going to be on TV.

“It’s going to be, like, the senator from Ann Arbor's career is over,” Warren says.

The station reported that at one point Warren became upset at being handcuffed, saying she hadn't been "aggressive."

"I'm gonna put that on my list of things I should work on if I ever get the chance to actually fix my career. I'm not going to get the chance but that's OK," she says.

The station reported that Warren had not responded to its request for comment.

Police said Warren was stopped after an officer saw her swerving in traffic and sideswiping a guardrail on Interstate 75, according to the station.

After refusing to submit to a breath test, police took her to a hospital where her blood was drawn, FOX 2 Detroit reported.

The test came back as .21, more than twice the legal limit of .08 and well above .17 the limit considered super drunk under Michigan law, the station reported.

Her case was still pending.