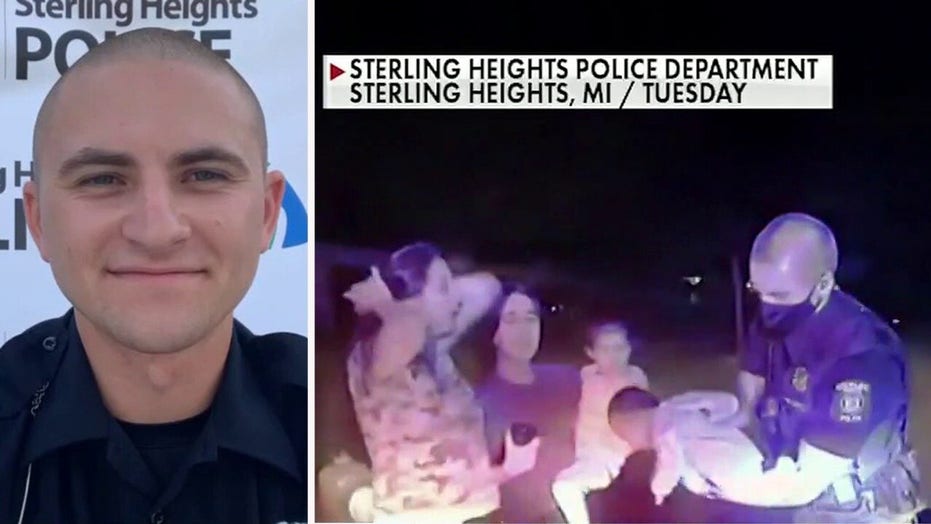 A Michigan police officer has been hailed a hero after he saved a newborn girl from choking — an electrifying scene that was captured in a dashcam video.

Officer Cameron Maciejewski pulled up to a home around 10:45 p.m. last Thursday as the panicked family rushed to him carrying the 3-week-old child, who was not breathing, according to the Sterling Heights Police Department.

The dramatic footage released by the department shows Maciejewski taking the baby in his arms and, while remaining calm, performed back thrusts on the child and clearing her airway. The baby's mother is seen collapsing in tears after the baby began to cry. 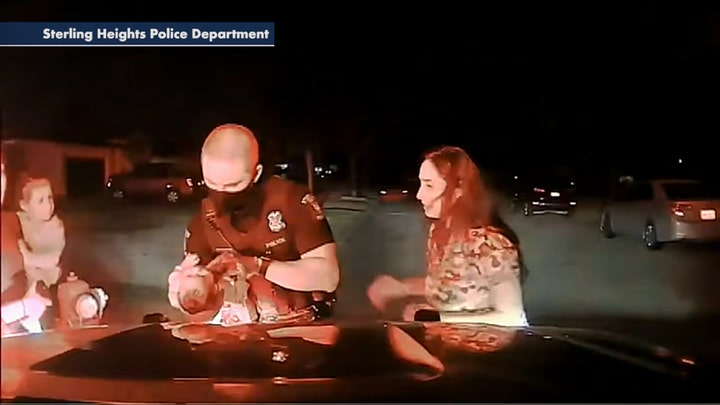 "Yep, there you go ... She's got a pulse and she's breathing, OK?" he said, assuring the distraught family members that the baby would make it.

Maciejewski spoke with paramedics before the baby was taken to hospital for evaluation, police said.

"If it wasn't for Ofc. Maciejewski's quick, calm, lifesaving actions, the outcome of this incident could have been tragically different," Sterling Heights Police Department said.

"Not only did the officer save the baby, but the officer did an outstanding job consoling the family."