A Michigan man is giving his side of the story about a photo of him appearing to yell in the faces of officers inside the state Capitol while protesting coronavirus “stay-at-home” orders.

The infamous photo, taken April 30 by AFP photographer Jeff Kowalsky, shows an unmasked man within inches of two police officers who were barring entry to the Michigan House of Representatives chamber. Armed protesters showed up inside the building, drawing national attention.

Brian Cash, a 52-year-old flooring installer, confirmed to the Detroit Free Press on Monday that he is the man pictured mid-scream. He said it was his fourth protest in the past month and he plans to attend more.

Protestors tried to enter the Michigan House of Representative chamber and were being kept out by the Michigan State Police at the State Capitol in Lansing,  on April 30. The group was upset with Michigan Gov. Gretchen Whitmer's mandatory closure to curtail Covid-19. (JEFF KOWALSKY/AFP via Getty Images)

However, Cash told the paper he didn’t “scream in anybody’s face,” claiming the photo doesn’t tell the whole story.

He said he was yelling at an officer standing behind the two Michigan State Police troopers pictured. Cash claimed he saw that officer assault a woman a day earlier.

"I was there chanting, 'Let us in,' and I saw that guy and I just, I just kind of lost it a little bit," Cash said.

House of Representatives police forcibly removed three women from the public gallery on April 29 in an incident caught on video and prompted a Michigan State Police investigation.

He told the paper that he yelled, asking the officer "if he wanted to try to throw me around like he did that girl yesterday."

Demonstrators at the protest on April 30 were accused of racism.

"There were swastikas and Confederate flags and nooses and people with assault rifles," Gov. Gretchen Whitmer said on CNN's "State of the Union." "Some of the outrageousnesses of what happened at our Capitol depicted some of the worst racism and awful parts of our history in this country."

Cash, who said he was unarmed at the protest, blamed accusations of racism on the media, which he said, “twists everything." 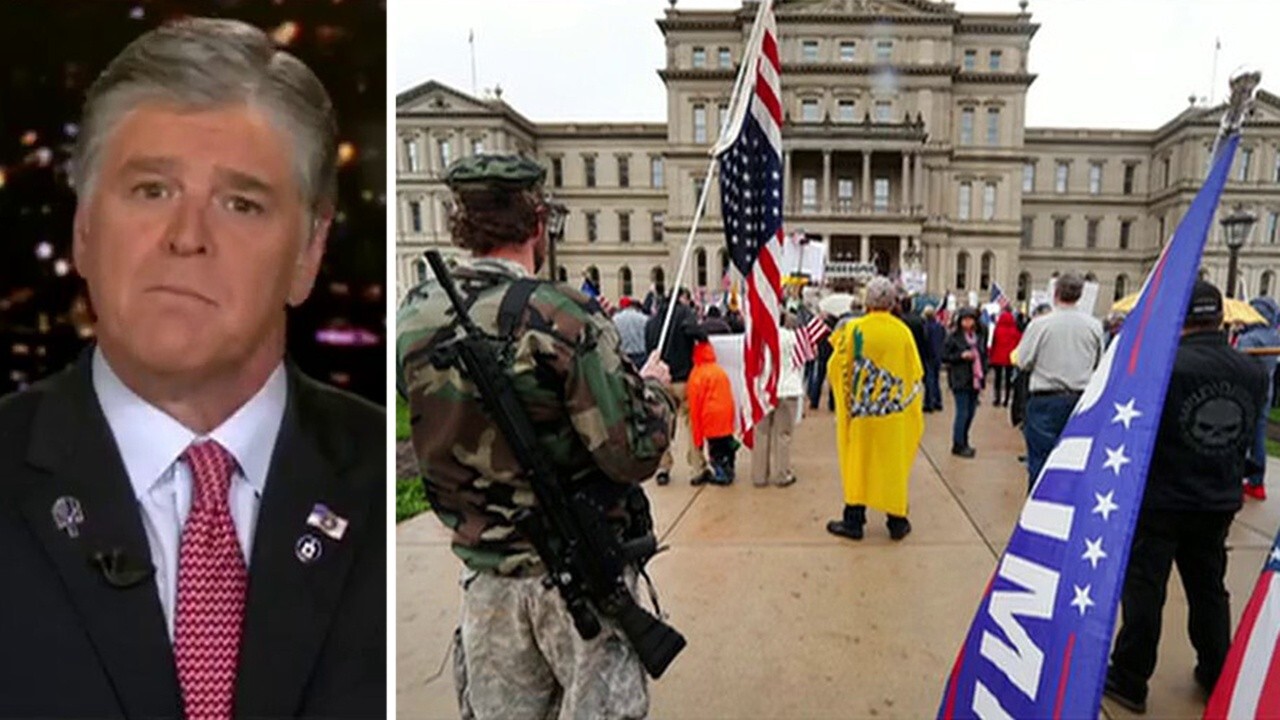 He described his experience at the protest as "awesome" and told the paper that "anybody of any color should have the right to do what I did."

As for the photo, Cash said he’s received both support and criticism.

"I love it. It's great," he said, adding that people have "their right to disagree and call me names."