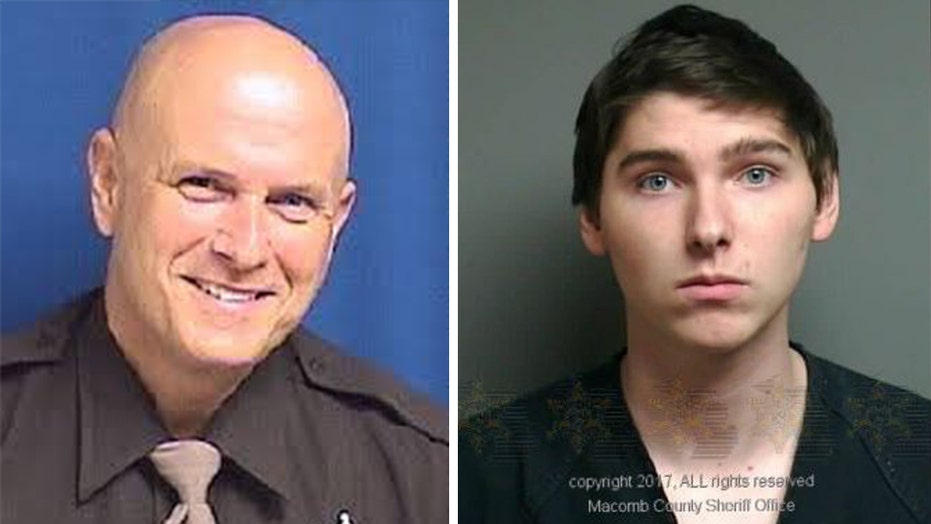 A 24-year-old man was sentenced Tuesday to life in prison without parole for running over and killing a sheriff's deputy in southeastern Michigan in 2017, according to a report.

Christopher Berak was convicted last month for first-degree murder and the murder of a police officer, Fox 2 Detroit reported.

"I'm sorry for what I did. I hope that they're all doing OK," Berak had said before sentencing, per the news outlet.

Berak was accused of leading Lapeer County deputies on a car chase and deliberately hitting the cop at an intersection.

Deputy Eric Overall, 50, a 22-year veteran of the Oakland County Sheriff's Office, was hit outside his car on Thanksgiving 2017 while deploying "stop sticks" to deflate Berak’s tires.

Berak's car rolled over, and he was arrested.

Berak’s defense said he had no intention of striking the deputy and was reacting to the stop sticks on the road.

Earlier in the day, Berak had told authorities at the Lapeer County jail he was "God" and came to break out one of his "sons."

"He was a man of honor and integrity. On and off duty, he always strived to do the right thing. ... Eric had a big heart and wore it on his sleeve," Overall's wife, Sonya, said about her husband at the sentencing this week.

"My father impacted so many lives, like Sonya just said -- raised me and my brother up to be the best men we could be," the cop’s son, Kenneth Overall, said. "My father was a great man, always selfless. That Thanksgiving morning, it will be a day we'll never forget. Every morning, every day we relive it."