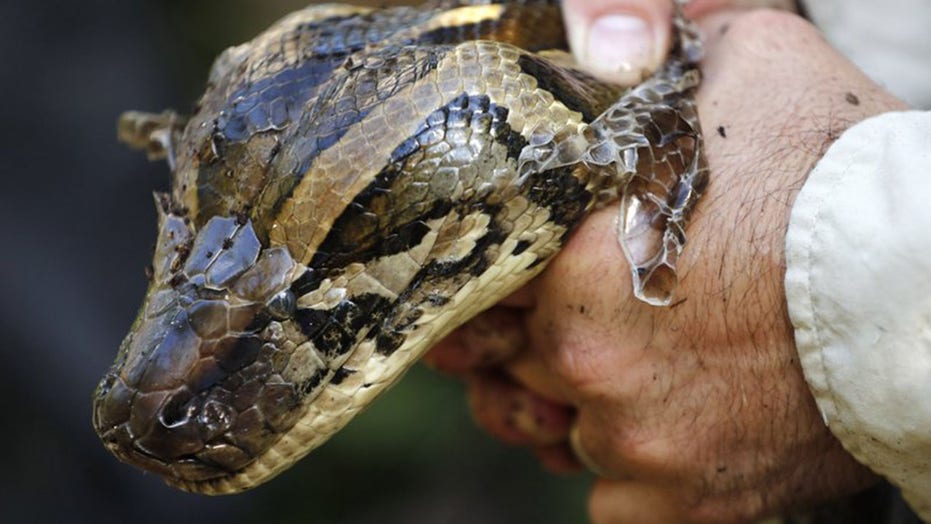 Miami’s Super Bowl Host Committee has announced the kick-off of the Python Bowl to hunt the invasive snake and Everglades menace.

Local media report 500 amateur and professional Burmese python hunters have signed up for the 10-day event, which began Friday and runs to Jan. 19.

Contestants are vying for prizes of cash and two all-terrain vehicles.

A reigning champ celebrity python hunter Dusty "Wildman" Crum, star of the Discovery show “Guardians of the Glades,” is vowing to hold on to his title, Miami New Times reported.

"I'm hoping to pull 10 or 12 snakes out this year,” he told the paper. “It's gonna be fierce competition. I'm gonna be putting in a lot of hours and sleeping in my truck."

Crum said he didn't enter the Python Bowl for the money or the ATVs.

“It's about winning and getting the snakes out of the Glades," he told the paper.

Kristen Sommers, a wildlife impact manager for the state Fish and Wildlife Conservation Commission, said officials understand the number of pythons caught during the contest won’t even make a dent in the population, which might exceed 100,000.

It’s to raise awareness of the problem.

“We hope we can minimize the python’s impact until some time in the future when some sort of silver bullet will be available,” she said.

The winners will be announced at a ceremony during the Super Bowl Live festival in Miami's Bayfront Park on Jan.25., according to the New Times.

Pro Python trapper Tom Rahill said the key to success is persistence: Every eight hours of hunting averages one snake caught. It takes a keen eye, looking for a telltale glistening under the water or in the bush during the day or staking out levees at night, waiting for one to appear.

“It is a certain amount of luck, but it is being in the the right place at the right time,” he said.