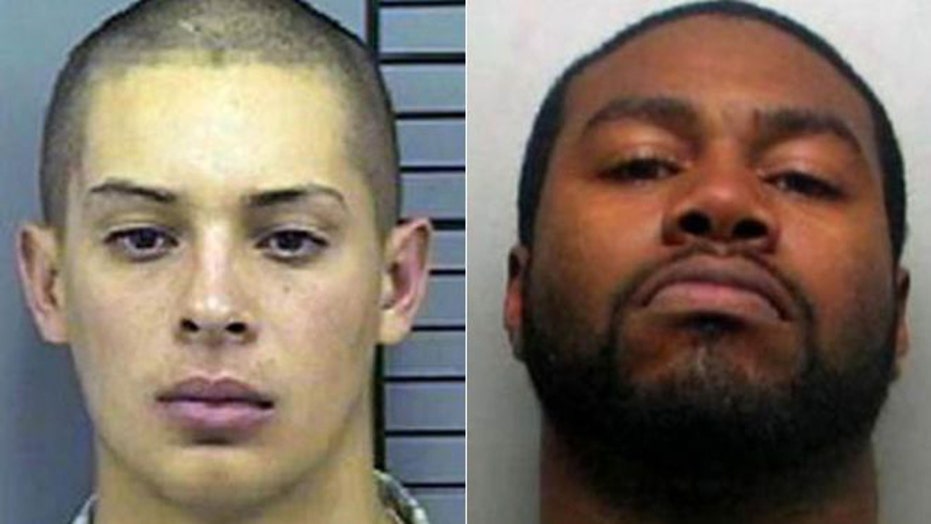 Mexican cartels are recruiting hit men from the U.S. military, offering big money to highly-trained soldiers to carry out contract killings and potentially share their skills with gangsters south of the border, according to law enforcement experts.

The involvement of three American soldiers in separate incidents, including a 2009 murder that led to last week’s life sentence for a former Army private, underscore a problem the U.S. military has fought hard to address.

"We have seen examples over the past few years where American servicemen are becoming involved in this type of activity," said Fred Burton, vice president for STRATFOR Global Intelligence. "It is quite worrisome to have individuals with specialized military training and combat experience being associated with the cartels."

The life sentence handed down in El Paso District court July 25 to an Army private hired by the Juarez Cartel to be the triggerman in a 2009 hit in this border city is the most recent case.

Michael Apodaca, 22, was a private first-class stationed at nearby Fort Bliss Army Base and was attached to the 11th Air Defense Artillery Brigade when he was recruited and paid $5,000 by the Juarez Cartel to shoot and kill Jose Daniel Gonzalez-Galeana, a cartel member who had been outed as an informant for Immigration and Customs Enforcement. Apodaca, who was the triggerman in the May 15, 2009, hit, was sentenced in El Paso District Court July 25.

Last September, Kevin Corley, 29, a former active-duty Army first lieutenant from Fort Carson in Colorado, pleaded guilty in federal court in Laredo, Texas, to conspiracy to commit murder-for-hire for the Los Zetas Cartel after being arrested in a sting operation. Ironically, that cartel was itself founded by Special Forces deserters from the Mexican Army.

Arrested with Corley in connection with the case was former Army Sgt. Samuel Walker, 28. He was convicted of committing a murder-for-hire in November 2012 and sentenced to 15 years in prison June 21.

Walker served in Afghanistan with Corley’s 4th Brigade Combat Team of the 4th Infantry Division platoon between 2010-2011. Shortly after their return, they made contact with the undercover DEA agent they thought was a member of Los Zetas.

According to his plea agreement, Corley was introduced to undercover agents posing as members of Los Zetas cartel in September 2011; he admitted to being an active-duty officer in the U.S. Army responsible for training soldiers. He told his contact he could provide tactical training for members of the cartel and purchase weapons for them. In later meetings, Corley discussed stealing weapons from military posts and military tactics. On Dec. 23, 2011, he agreed to perform a contract killing for the cartel in exchange for $50,000 and cocaine.

Burton said some soldiers become corrupted by gangs after joining, while others are gang members who enlist specifically for the training they can get.

“There has been a persistent gang problem in the military for the past six to eight years,” Burton said, adding that cartels greatly value trained soldiers from the U.S., Mexico and Guatemala as sicarios – hit men.

More recently, the May 22 murder of Juan Guerrero-Chapa, 43, a former lawyer for the Gulf Cartel, in a mall parking lot in an affluent suburb of Fort Worth has raised concerns due to the military precision with which it was carried out.

"Obviously, the nature of this homicide, the way it was carried out indicates –– and I said indicates –– an organization that is trained to do this type of activity,"  Southlake Police Chief Stephen Mylett said following the attack. "When you're dealing with individuals that operate on such a professional level, certainly caution forces me to have to lean toward that this is an organized criminal activity act.”

While Mylett acknowledged the murder was a “targeted affair conducted by professional killers,” he would not confirm or deny suspicions that current or previous military was involved.

“The case is still being investigated,” Mylett said.

A task force consisting of the Southlake Police Department, Texas Department of Public Safety, FBI, DEA, and Department of Homeland Security is investigating the case.

But an expert on Mexican cartels, who declined to be identified, said the “operation was brilliant and disciplined.”

“I would be asking the question -- if military was involved -- if I was leading the investigation based on the MO, geography and precision,” said the expert. “I don't have any information to confirm, but we know that a hit team came in and out and there was also a stand-alone recon team.”

Using American servicemen could make it easier to carry out a murder in the U.S. since they can more easily move across the border. And the lure of quick money has proven tempting for theses soldiers given the dismal military pay scale.

Apodaca’s fee for killing Galaena was nearly three times his monthly pay. A sergeant like Walker makes around $2,500 per month, and Corley $4,500. Both hoped for $50,000 each and drugs from their “Los Zetas” connection.

Growing ties between U.S.-based gangs, which have long infiltrated the military, and the Mexican cartels could be making American soldiers even more readily available to the cartels south of the border. The FBI National Gang Intelligence Center reports its concern with gang members with military training poses a unique threat to law enforcement personnel because of their distinctive weapons and combat training skills and ability to transfer these skills to fellow gang members. As of April 2011, the NGIC has identified members of at least 53 gangs whose members have served in or are affiliated with U.S. military.

According to the National Drug Intelligence Center, Hispanic prison gangs along the Southwest border region are strengthening their ties with cartels to acquire wholesale quantities of drugs. There are also strong indications that in exchange for a consistent drug supply, gangs smuggle and distribute drugs, collect drug proceeds, launder money, smuggle weapons, commit kidnappings, and serve as lookouts and enforcers on behalf of the cartels, according to law enforcement sources.

The NDIC has also found that gang-related activity and violence has increased along the Southwest border region, as U.S.-based gangs seek to prove their worth to the drug cartels, compete with other gangs for favor, and act as U.S.-based enforcers for cartels which involves home invasions, robbery, kidnapping and murder.

Army officials have sought to address the issue of gang and cartel influence within their ranks with tighter recruiting standards. A spokesman told FoxNews.com that current recruiting efforts are much more stringent than even four years ago, and that anyone sporting a gang-related tattoo is no longer accepted for enlistment.

“A person like Michael Apodaca would not even be allowed to enlist today,” Army Maj. Joe Buccino, spokesman for the Fort Bliss Army Base in El Paso, told FoxNews.com. “We’re more selective than during the height of Iraq.”