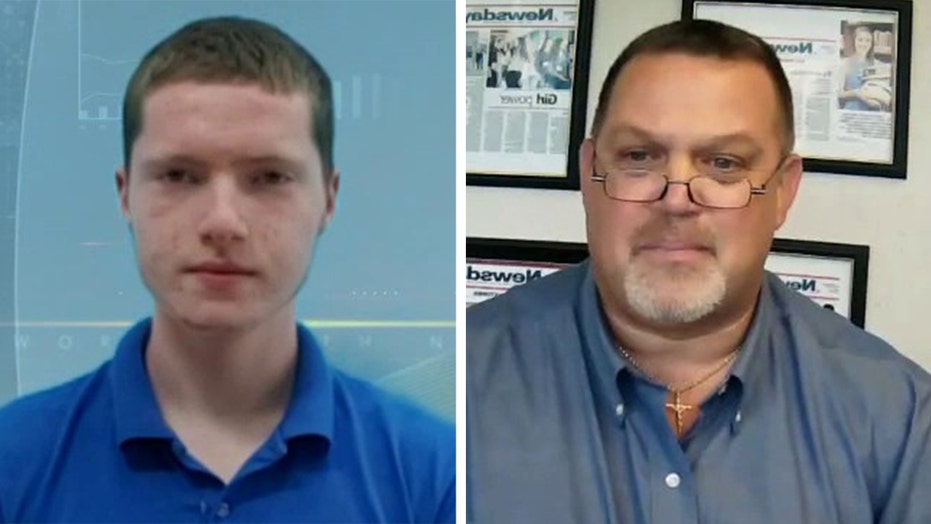 A Long Island high school student told "Your World" Thursday he will continue to show up for in-person classes despite being arrested and suspended for his earlier attempts.

"This issue is not over until I get to go to school five days a week," William Floyd High School senior Maverick Stow told host Neil Cavuto.

Stow had received a five-day suspension Tuesday after he went to the school on a scheduled remote learning day. Under the school's hybrid structure, two groups of students alternate between attending school in-person and taking remote classes.

The student returned to the school in Mastic Beach on Wednesday, despite the suspension and left without incident after the police were called. Assistant principal Lisa Paschitti told Stow's parents Wednesday that "on the next occasion he is found illegally on any William Floyd School District property, the police will be notified and he will be prosecuted for third degree criminal trespass."

Despite the warning, Stow returned to school Thursday and was arrested. He insisted to Cavuto that he was not putting anyone in danger.

"The risk is relatively low ... and I would argue that all of the other students have the same risk, and that the masks are, in fact, decreasing the risks substantially," said Stow, who noted that he wore a mask each time he went to the building.

The Centers for Disease Control (CDC) has urged Americans to social distance and wear masks during the pandemic. The elderly and others with health issues are particularly vulnerable while experts have warned about potential transmission from asymptomatic carriers.