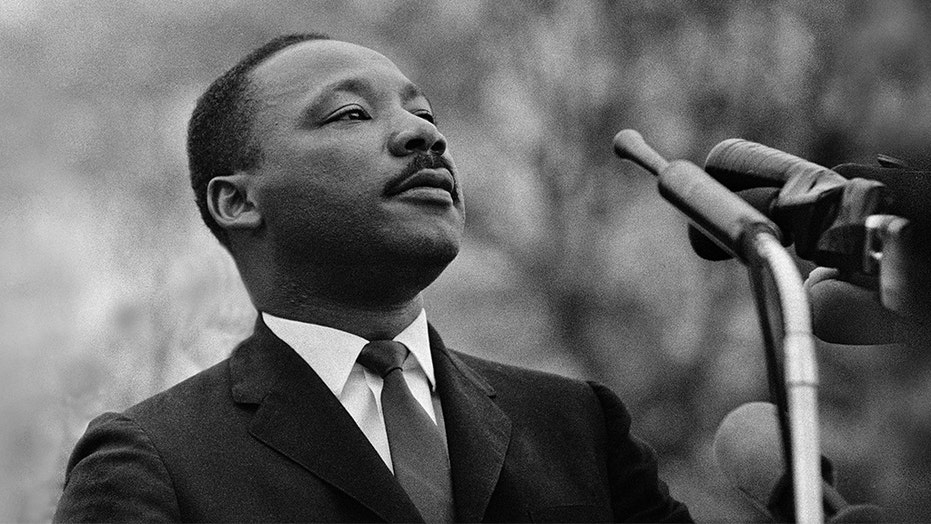 All over the country, scores of people will gather to honor one of America's most prolific civil rights heroes, Dr. Martin Luther King Jr., on his birthday.

King, who would have turned 91 on Jan. 15, is regarded for championing equal rights for African Americans through organized boycotts and rallies as well as by encouraging non-violent protests such as the one in Birmingham, Ala., in 1963. Perhaps most famously, King led the 1963 March on Washington, where he delivered his poignant "I Have a Dream" speech from the steps of the Lincoln Memorial in Washington D.C.

King was assassinated by James Earl Ray on April 4, 1968, in Memphis, Tenn.

Here are how some cities are paying tribute to King's legacy.

Dr. Martin Luther King Jr. giving his I Have a Dream speech to huge crowd gathered for the Mall in Washington DC during the March on Washington for Jobs &amp; Freedom (aka the Freedom March). (Photo by Francis Miller/The LIFE Picture Collection via Getty Images)

The Brooklyn Academy of Music will hold its 34th annual tribute on Monday to honor the legacy of Dr. Martin Luther King Jr. A BAM tradition since 1990, the celebration is New York City’s largest public tribute to King’s life and vision, according to the Brooklyn institution.

Harlem Gospel Choir MLK Matinee: Every MLK Day the world-famous singers put on a matinee performance as a way to “share messages of love and inspiration.”

A walking tour of Historic Harlem: This MLK Day, tour the historic neighborhood of Harlem, the center of African American history, culture, and activism. The Big Onion tour group examines the area’s past, from a 17th century Dutch Village to mecca for black Americans. Stops include the Abyssinian Baptist Church, the Apollo Theater, the Schomburg Center for Research in Black Culture, the landmarked Hotel Theresa, and more.

San Antonio honors Martin Luther King Jr.’s legacy with 33rd official march on Monday at 10 a.m. Considered one of the largest observances in the nation, drawing estimated crowds of over 100,000 people, the march caps off DreamWeek, a 16-day celebration that honors King, promoting diversity, tolerance and equality. The program includes morning worship, remarks from religious and community leaders along with dance performances and music.

The 40th annual Martin Luther King Jr. Parade,  organized by the Zeta Sigma Lambda Chapter of Alpha Phi Alpha Fraternity-- the oldest African American fraternity in the U.S. of which King was a member-- is held on Jan. 19 and features floats, high school bands and drill teams and participants from colleges, churches, and more.

Eldrin Bell guarded MLK's body for 12 hours after he was killed. Bell will share how those experiences affected him and recall personal anecdotes from his friendship with King after Denver’s 35th annual Marade.