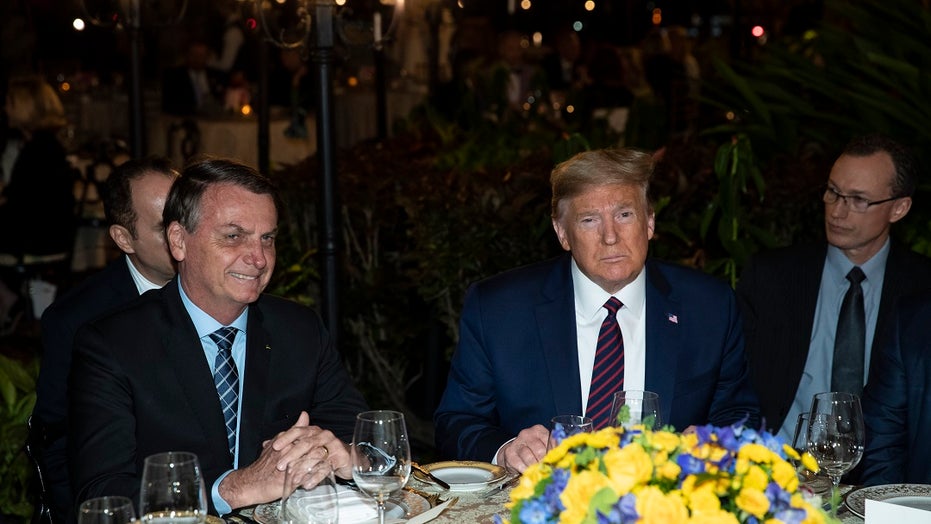 The Mar-a-Lago resort owned by President Trump was undergoing a "deep cleaning" Monday after several people who visited the Florida property earlier this month tested positive for the coronavirus.

In an email to its members, the private Palm Beach club said the main house, guest rooms and dining areas were being cleaned and that no one would be permitted on that part of the property.

“Mar a Lago will undergo a thorough deep cleaning of the main house, guest rooms, and dining areas on Monday, March 16th," the alert reads. "Please take note that no one will be permitted to enter the main house all day. The beach club will remain open. Deep cleaning of all other areas will follow in the days to come and we will keep you updated.”

The Mar-a-Lago club owned by President Trump told its members that it was undergoing a "deep cleaning," days after several people who visited the Florida property tested positive for the coronavirus.

“There will be no breakfast served in the main house this week,” the message continues. “Starting Tuesday, the beach club will offer continental breakfast beginning daily at 10:00 am with lunch service following at 11:00 am in both the main house and beach club, until further notice. Dinner will be served as always Tuesday through Saturday evenings in the main house.”

The cleaning comes after several people who tested positive for the virus were spotted with Trump in photographs on the property. Fabio Wajngarten, the press secretary for Brazilian President Jair Bolsonaro, and Brazil's acting chargé d'affaires, Ambassador Nestor Forster, each tested positive, the Brazilian Embassy said last week.

Another guest who attended a Trump Victory event with roughly 1,000 others also tested positive for the COVID-19. The Trump Victory committee raises money for Trump's reelection campaign and other Republican candidates.

President Donald Trump speaks before a dinner with Brazilian President Jair Bolsonaro, left, at Mar-a-Lago in Palm Beach, Fla. The club alerted its members Monday that the property was being cleaned. (AP Photo/Alex Brandon)

The Trump Organization did not return messages from Fox News and no one was available for comment at Mar-a-Lago.

The White House said over the weekend that Trump tested negative for the virus, a day after he declared a national emergency. Bolsonaro’s son said his father also tested negative after reports surfaced that he tested positive.