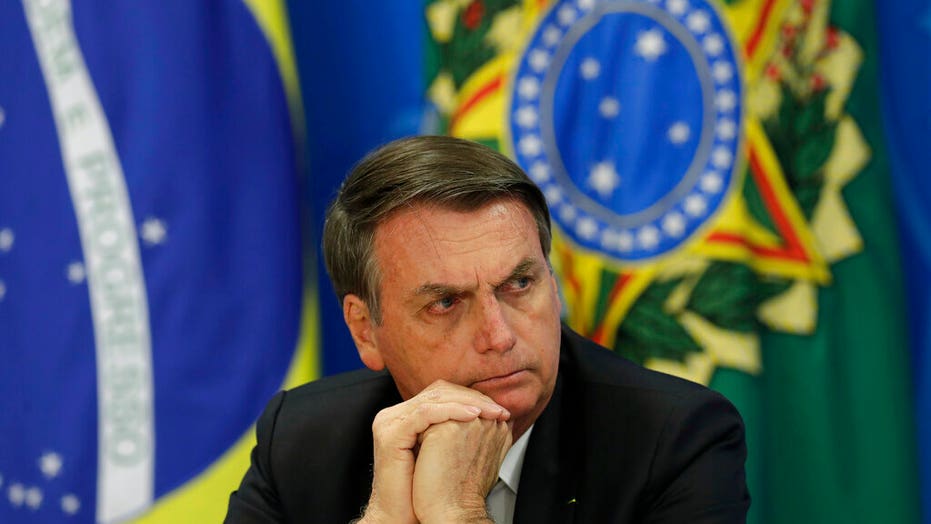 As he heads into his second year as Brazil’s first right-wing president in four elections, Jair Bolsonaro is remaining steadfast in his Trumpian, culture warrior style of leadership.

How did a staunch cultural conservative like Bolsonaro win a dramatic victory after decades of liberal leaders to run the world’s fifth-largest nation, home to one-third of Latin America’s population?

The former army captain rose to power on a platform of confronting what he saw as a swelling socialist ideology, rooting out rampant corruption, cracking down on crime and reviving Brazil’s sluggish economy.

After joining the reserve army in 1988, Bolsonaro was elected to the lower chamber of Congress and was subsequently reelected six times, before taking the office of president.

"My country was very close to socialism, which led us to a situation of widespread corruption, serious economic recession, high crime rates and continuous ceaseless attacks against family and religious values that are part and parcel of our traditions," Bolsonaro said at a speech before the United Nations in New York City in September 2019.

Here's a look at the populist Brazilian president:

Bolsonaro is quite fond of President Trump.

"It will be just like Trump in the United States," Bolsonaro's son Eduardo had said at a rally in March 2019.

He has backed Trump on a number of U.S. policies and expressed interest in growing a relationship with him.

"For the first time in a while, a pro-America Brazilian president arrives in D.C.," Bolsonaro tweeted when he arrived in Washington to meet with Trump in March the same year. "It’s the beginning of a partnership focused on liberty and prosperity, something that all of us Brazilians have long wished for."

Bolsonaro expressed approval to Fox News’ Shannon Bream about Trump’s immigration policies aimed at the southern border. "The vast majority of potential immigrants do not have good intentions," he said. "They do not intend to do the best -- or do good to the U.S. people."

Like Trump, he's been critical of the Paris Climate Accord and has pushed to roll back environmental regulations. To fight crime, he's called for loosening gun laws and bringing back the death penalty.

Bolsonaro has made his conservative cultural policies his primary focus.

Bolsonaro has made his evangelicalism central to his leadership. In a national address just before Christmas 2019, Bolsonaro said he “took over Brazil in a deep ethical, moral and economic crisis.”

“The government has changed. Today we have a president who cherishes families, respects the will of its people, honors its military and believes in God,” the Brazilian president said.

His cabinet has adopted an abstinence campaign to address the nation’s high teenage pregnancy rate and rising number of HIV infections. About 62 out of every 1,000 births in Brazil are from teen pregnancies, whereas the global average is 44, according to a United Nations report.

“Our young people, by and large, are having sex as a result of social pressure,” Damares Alves, the minister of human rights, family and women, said recently as she encouraged abstinence, according to The New York Times. “You can go to a party and have lots of fun without having sex.” Alvez is an evangelical pastor who calls herself “extremely Christian.” She’s one of the most visible members of Bolsonaro’s cabinet.

Alves stressed that her ministry was working not “to impose, but rather to inform, which strengthens autonomy.”

Bolsonaro has drawn some controversy for homophobic rhetoric. The Brazilian leader in April 2019 expressed concerns that his country would become a “gay tourism paradise.”

“Yes, I’m homophobic -- and very proud of it,” Bolsonaro once said. However, he told Bream that he harbors no resentment toward the gay community, despite the media’s attempt to paint him as a bigot.

Despite an occasional controversial comment, his economic policies are proving popular with Brazilians.

Bolsonaro has pushed to lower taxes and privatize state companies.

According to a poll released at the end of January, Bolsonaro’s approval rating has surged as the economy improves and his initiatives to fight crime and corruption prove successful. His approval rating jumped to 47.8 percent over 41 percent in August.

Economic growth is expected to double its pace this year to 2.3 percent, coupled with a steady decline in unemployment and a significant drop in the world’s highest homicide rate, he said.

In addition to an extensive series of deregulations, Bolsonaro's main economic platform -- pension reform -- passed in October 2019, according to the BBC. The approval of the bill was a major victory for the president after decades of failed attempts to reform Brazil's social security system. The high costs of the pension system were the main cause of Brazil's massive budget deficit. The main change installs a retirement age, 65 for men and 62 for women.