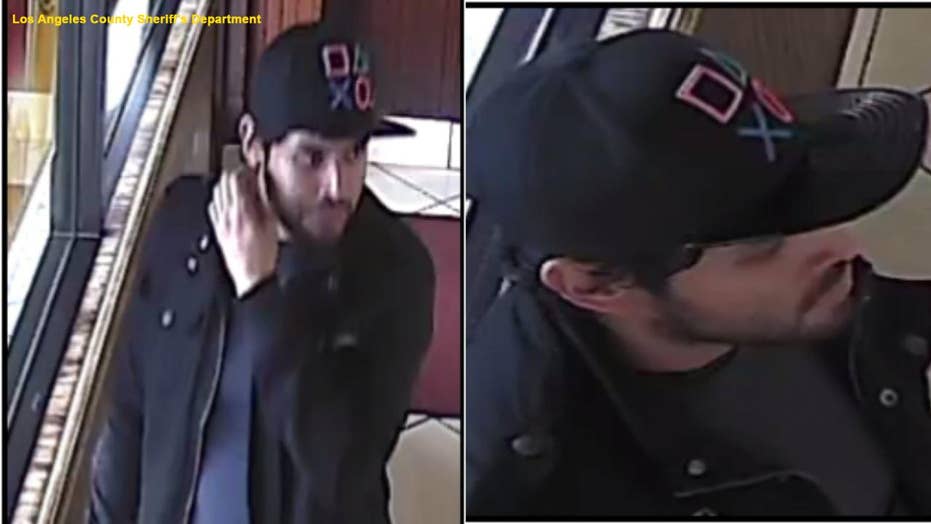 Los Angeles police are on a manhunt for an assailant who stabbed a customer at a Yum Yum Donuts store in Maywood in a random attack earlier this month.

Authorities are hunting for a knife-wielding man who was captured on camera repeatedly stabbing a 63-year-old customer in the back at a California doughnut shop.

The 63-year-old man was at Yum Yum Donuts in Maywood about 3 p.m. on Feb. 10 when he was stabbed three times in the attempted murder incident, police said.

Video released by police showed the assailant lingering behind for about a minute as his victim is placing his order with the employee. The attacker then takes out a knife and plunges it into the man’s back. The men did not exchange any words prior to the stabbing.

The assailant is seen on the video stopping and looking at his victim before fleeing the doughnut shop.

The customer was taken to the hospital and treated for his injuries.

The attacker is described as a bearded man between 25 and 30 years old and about 5-foot-6. He was also wearing a PlayStation cap.

Anyone with information is urged to call the Los Angeles County Sheriff's Department East Los Angeles Station at 323-264-4451. Police were offering up to $1,000 for information leading to an arrest.