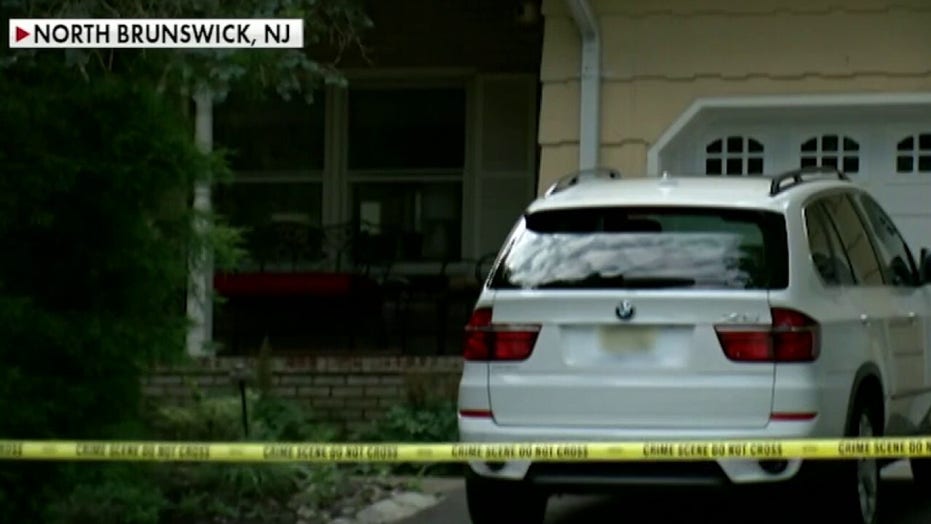 The FBI is investigating a shooting at the N.J. home of Judge Esther Salas; Fox Nation host Nancy Grace reacts.

The main suspect involved in the fatal shooting of a federal court judge’s son in New Jersey was found dead in New York’s Sullivan County on Monday afternoon, the FBI announced Monday evening.

Roy Den Hollander, a self-described “anti-feminist” lawyer known for lawsuits challenging perceived infringements of “men’s rights,” has been identified as the main suspect in the shooting at U.S. District Court Judge Esther Salas’ home in North Brunswick, according to officials and reports. The man had appeared before the judge in the past, the officials said.

The lawyer had a gender-equity lawsuit, filed in 2015, that was being heard by Salas involving a young woman who wanted to register for the military draft. He also mentioned the judge in writings posted online, deriding her as a mere ladder-climber who traded on her Hispanic heritage to get ahead.

A package addressed to Salas was found along with the lawyer’s body, the officials said.

In a screed that the lawyer posted online, he also wrote of posing as a FedEx delivery person to speak with a young girl, the same tactic the gunman apparently used at the door to the judge’s family home.

Den Hollander was best known in years past for unsuccessful lawsuits challenging the constitutionality of “ladies night” promotions at bars and nightclubs.

The 2015 gender-equity lawsuit was challenging the constitutionality of the Selective Service draft. Elizabeth Kyle-LaBell, 21, of New Jersey, was arguing that the draft shouldn't be limited to men and should include women.

Den Hollander isn't believed to have had involvement in the case since 2019, but the litigation is still ongoing.

Earlier on Monday, federal, state and local law enforcement were on the hunt for the gunman who fatally shot Salas' son and wounded her husband while disguised as a FedEx worker.

Salas’ son, 20-year-old Daniel Anderl, was killed and her husband, defense lawyer Mark Anderl, 63, is in the hospital after they were shot around 5 p.m. Sunday, officials have said.

Salas was in the basement at the time and wasn’t injured, according to the Associated Press.

The gunman fled in a car, officials said.

Daniel, a college student, was her only child, officials said. He was set to be heading back shortly to the Catholic University of America in Washington, D.C., where he was named to the Dean’s List this spring.

“I was shocked last night to hear news of Daniel Anderl’s tragic death Sunday evening in New Jersey. Daniel was a rising junior, enrolled for classes beginning in the next few weeks,” university President John Garvey wrote on Twitter. “He turned 20 last week.”

The young Anderl, who previously attended St. Joseph High School in Metuchen, N.J., was remembered as "a true friend, a proud Falcon, and an overall wonderful human being," according to a statement on the school's website.

"It is with the utmost sadness that we inform you that Dan Anderl '18 was taken from us last night," the statement reads. "He will be truly missed. We pray for Dan's family and friends during this unbelievably difficult time – please know, we are mourning with you."

Attorney General William P. Barr acknowledged the tragedy and offered his condolences in a statement on Monday.

"I send my deepest condolences to Judge Salas and her family on the death of their son and wish her husband a swift and complete recovery," he said. "This kind of lawless, evil action carried out against a member of the federal judiciary will not be tolerated, and I have ordered the full resources of the FBI and U.S. Marshals Service to investigate the matter.”

The Associated Press and Fox News' Marta Dhanis contributed to this report.