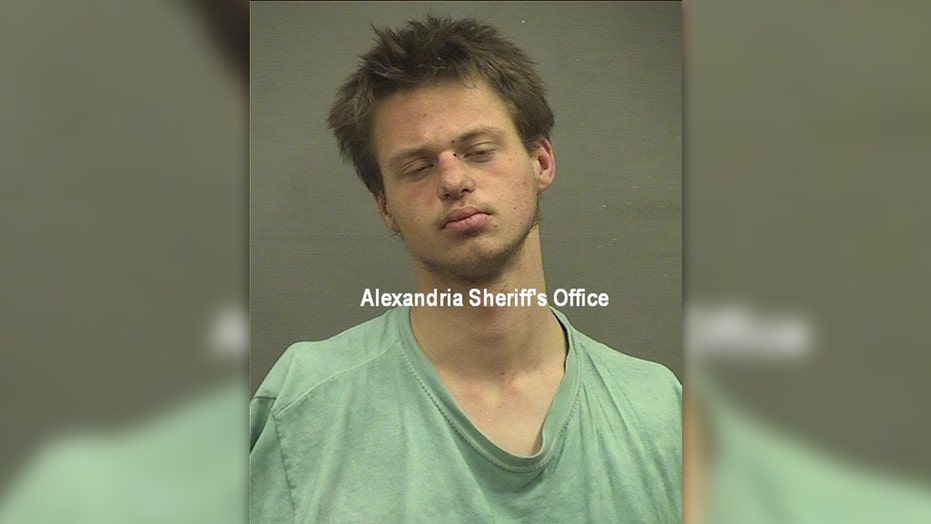 An Arkansas teenager appeared in federal court on Tuesday after allegedly attempting to blow up a car at the Pentagon near Washington, D.C.

Matthew Dmitri Richardson, 19, of Fayetteville Ark., was charged with maliciously attempting to damage and destroy by means of fire a vehicle used in and affecting interstate and foreign commerce, according to a Justice Department news release. If convicted, he could face up to 20 years in prison.

Pentagon Police initially spotted him in the north parking lot on Monday morning. The officer who saw Richardson claimed he was standing next to a vehicle, attempting to ignite a piece of fabric that was inserted into the gas tank.

As the officer approached him, Richardson allegedly said he was going to "blow this vehicle up" along with "himself."

Investigators searched the suspect and found a cigarette lighter, gloves and court documents related to one of his past arrests on or about Feb. 22, for two counts of felony assault on a law enforcement officer in Arlington County.

Court documents also showed that the owner of the car was an active-duty service member and did not have any connection to Richardson.

He was in the custody of the U.S. Marshal Service, and his next court appearance is scheduled for Thursday at 2 p.m. for a preliminary hearing.