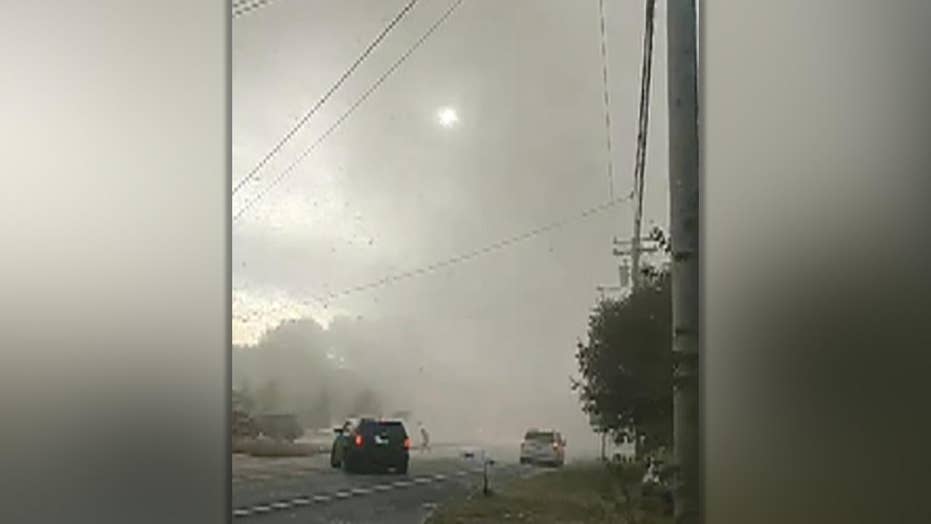 Official: Propane gas explosion has destroyed a building in Maine

Raw video: A town official says a propane gas explosion has destroyed a building in Farmington, Maine. One firefighter was killed, six others are injured from the blast.

A firefighter was killed and at least six people were injured in an explosion Monday morning at a newly built Maine building that provides support for people with disabilities, officials said.

The building in Farmington, roughly 70 miles north of Portland, was evacuated when someone smelled gas, local official Scott Landry told The Associated Press. The explosion happened after firefighters arrived on scene to investigate.

The explosion appeared to have reduced to rubble the building used by LEAP, described on its website as "a private nonprofit organization devoted to enabling individuals with developmental, cognitive and intellectual disabilities."

Heard for miles around, the blast took place around 8:30 a.m. Videos and pictures from the scene showed debris raining down on homes and buildings in the neighborhood.

Landry said of those injured, four were firefighters, one was an ambulance worker and one was an employee of the building, which was meant to serve as the administrative offices for LEAP.

The explosion was reported at LEAP, an organization that aides people with disabilities. (Jacob Gage)

Gov. Janet Mills tweeted she was "closely monitoring" the explosion and said: "Our hearts go out to all those impacted by this tragedy, especially to the loved ones of the firefighter lost and others injured. I am grateful for the work of first responders who are at the scene and urge Maine people to avoid the area."

According to Landry, the building only opened eight to 10 weeks ago, and wasn't even fully staffed. He said it's now "spread all over creation."