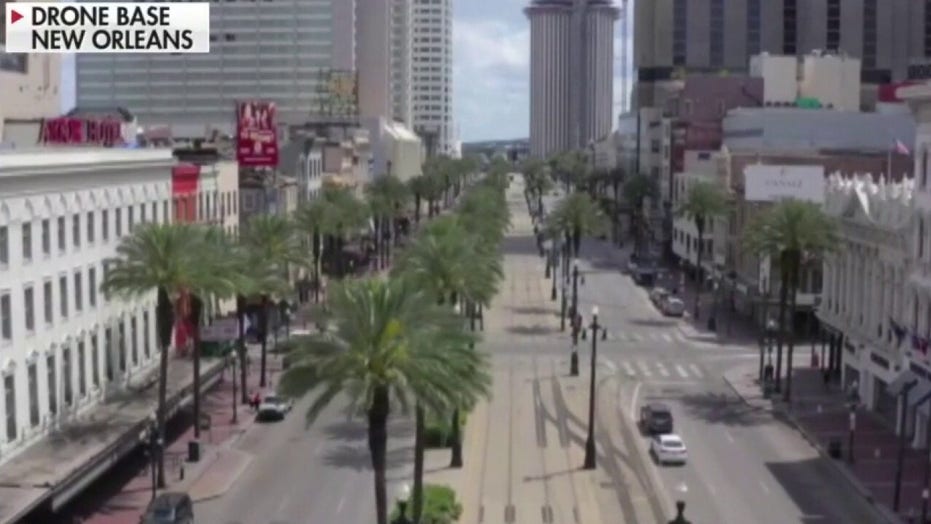 Rally in Louisiana asking to reopen economy amid coronavirus pandemic

Louisiana police are on the hunt for “an aggressive chicken” reportedly terrorizing bank patrons getting cash out at the drive-thru and ATM amid the state’s coronavirus lockdown.

The Walker Police Department said officers responded “within a couple of minutes of the call” to the bank in Walker, a city about 22 miles east Baton Rouge, around 4 p.m. Saturday to find the “the chicken apparently anticipated the imminent arrival of law enforcement and fled on foot from the scene.”

“According to the complaint, the chicken had been terrorizing bank customers all week, at both the walk-up ATM and the drive-thru,” the department said in a light-hearted Facebook post. “Bank officials told officers that the chicken chased customers, attempted to enter customer vehicles and on a number of occasions, failed to engage in proper social distancing.”

A reddish-tan chicken, approximately 18 inches tall and weighing between 6 and 8 pounds, is being sought by police on charges of “assault, attempted battery, attempted burglary, terrorizing and ignoring an order of the Governor,” the post said.

“Despite patrols of the area, including the kitchen of a nearby restaurant, the chicken could not be located,” it continued. “Given the chicken’s history of aggressive behavior, the public is urged to avoid confronting the fowl and to instead, contact Walker Police if seen.”

Louisiana Gov. John Bel Edwards, a Democrat, extended the state's stay-at-home until at least May 15, prompting about 250 protesters to gather outside the Governor’s Mansion near the state capitol in Baton Rouge over the weekend, demanding the economy reopen sooner, The Advocate reported.

Under the stay-at-home order in effect since March 23, gatherings of more than 10 people have been banned, restaurants have been limited to takeout and delivery, and nonessential businesses, including casinos, gyms, bars, theaters, bowling alleys, tattoo parlors and salons, have been required to remain closed.

Louisiana, as of Tuesday, recorded at least 29,673 confirmed coronavirus cases, with at least 1,991 deaths, according to the state health department.