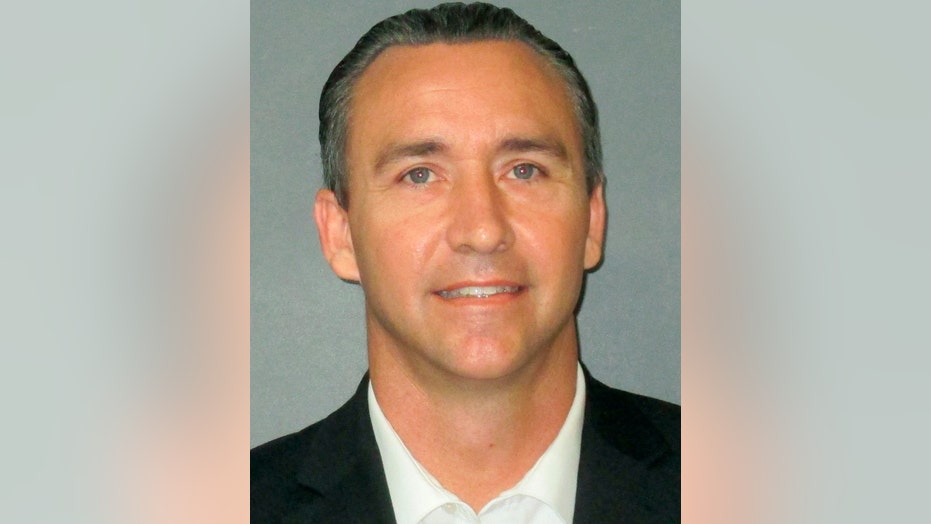 A defiant pastor, who flouted a prohibition on large gatherings by holding services that drew hundreds of followers in Louisiana, was arrested for nearly hitting a protester with a church bus over the weekend, video shows.

Tony Spell, the pastor of Life Tabernacle Church in Baton Rouge, turned himself in Tuesday morning, according to the Central Police Department.

Spell was arrested and booked at the East Baton Rouge Parish Prison on one count of aggravated assault and improper backing.

The police department added the pastor "was also a fugitive with outstanding traffic warrants in the city of Zachary and East Baton Rouge Parish."

This is the second time Spell has been arrested during the coronavirus pandemic.

He was arrested last month and charged with six misdemeanor counts for violating a stay-at-home order issued by Gov. John Bel Edwards after holding a service with an estimated 500 parishioners.

On Sunday, Spell was reportedly filmed backing a church bus toward a protester outside the house of worship before stopping a few feet away from him, according to local media reports.

Tony Spell, inset, pastor of Life Tabernacle Church in Baton Rouge, was arrested for reportedly backing a curch bus toward a protester. Spell has held large church services despite an order prohibiting such gatherings. (Google Maps/Facebook)

The protester, Trey Bennett, told the news station he's been demonstrating outside of the church since Easter Sunday. One of his signs reads: “CAUTION: Coronavirus incubator. Do not enter. You may die.”

While most churches have transitioned to virtual religious services amid the coronavirus pandemic, Spell continued to hold in-person services.

"Instead of showing the strength and resilience of our community during this difficult time, Mr. Spell has chosen to embarrass us for his own self-promotion," the Central Police Department said in a Facebook post said at the time of the first arrest.

"This is not an issue over religious liberty, and it’s not about politics," the police added. "We are facing a public health crisis and expect our community’s leaders to set a positive example and follow the law."

After the arrest, Spell told Fox News he was exercising his First Amendment rights and a mandate from Jesus Christ. His attorney, Jeff Wittenbrink, was hospitalized last week after contracting the virus himself.

One parishioner who attended services at the church reportedly died from COVID-19 last week, according to media reports.

Churches in several states are suing local and state governments over similar bans on large gatherings, arguing the mandates violate their religious freedom and right to assembly.