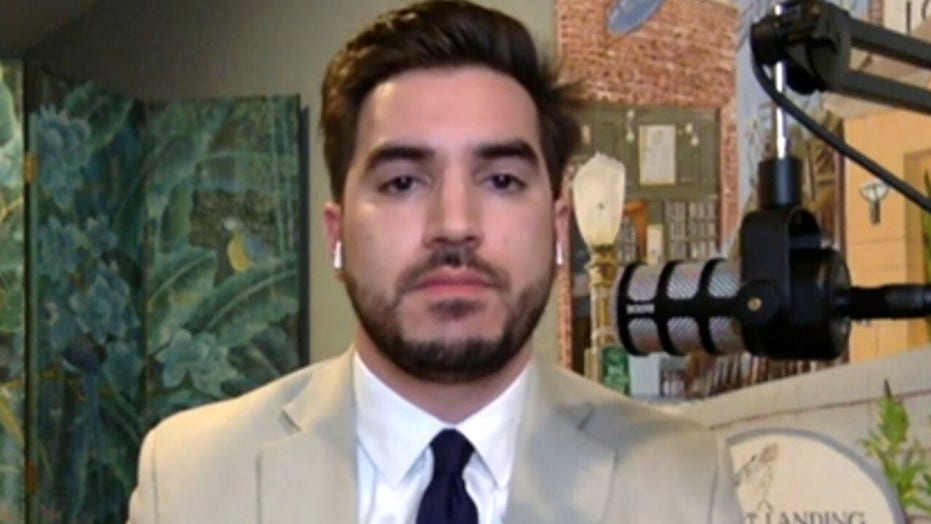 EXCLUSIVE - Two women in Louisville, Ky., took to social media to level sex abuse allegations against Louisville Metro Police Officer Brett Hankison, one of the officers involved in the raid that killed Breonna Taylor while she was sleeping back in March.

Hankison is also the subject of an ongoing federal lawsuit, unrelated to the 26-year-old's death, in which he’s been called a "dirty cop" who framed people and planted drugs.

The two women alleged similar patterns of behavior for Hankison. Both said they were on their way home from local bars when the officer offered them a ride home in his marked police car while in uniform, and at one point he tried to force himself sexually on them.

In one case in 2018, a woman identifying herself as Margo Borders on Facebook said Hankison “invited himself into my apartment and sexually assaulted me while I was unconscious.”

“It took me months to process what had happened and to realize that it wasn’t my fault and I didn’t ask for that to happen by allowing him to give me a ride home."

“It took me months to process what had happened and to realize that it wasn’t my fault and I didn’t ask for that to happen by allowing him to give me a ride home,” she wrote. “I never reported him out of fear of retaliation.”

LOUISVILLE POLICE OFFICERS WALK OUT ON MAYOR AS FORM OF PROTEST, CLAIMING DISRESPECT

The other woman, identified as Emily Terry on Instagram, said Hankison made strong advances while she was in his car, rubbing his hand along her thigh, kissing her head and calling her “baby.”

"As soon as he pulled up to my apartment building, I got out of the car and ran to the back.”

“He began making sexual advances towards me; rubbing my thigh, kissing my forehead, and calling me 'baby,'” Terry wrote. “Mortified, I did not move. … As soon as he pulled up to my apartment building, I got out of the car and ran to the back.”

She alleged that a friend filed a report the next day, but nothing came of it.

A representative for the Louisville Metro Police Department said they are aware of a social media post making allegations against Hankison and they "are taking necessary action to look into it."

A representative for the Louisville Metro Government did not immediately return requests for comment from Fox News.

"If the Public Integrity Unit refers something to us, we would certainly prosecute it," Jeff Cooke, a spokesman for the Commonwealth's Attorney, told Fox News.

The FBI in Louisville confirmed to Fox News that there is an ongoing investigation into the shooting death of Breonna Taylor but declined to comment on the other cases.

“We are investigating all of the circumstances surrounding this incident,” a spokesman for the field office said in a statement. “… As for your other inquiry [about Hankison], we are not going to officially comment on this, other than to say we will investigate all lines of inquiry warranting federal enforcement.”

Kendrick Wilson, the man behind the ongoing civil lawsuit against Hankison, said the officer harassed and targeted him for years. Wilson cited three times he was arrested by Hankison between 2016 and 2018, each time at a bar Hankison worked at off-duty. Wilson also alleged that he and Hankison had a relationship with the same woman.

KENTUCKY MAN KILLED BY COPS WHO DIDN'T HAVE BODY CAMS ON WAS FRIEND TO LOCAL POLICE, FED THEM FOR FREE

According to the 2019 lawsuit, during at least two of the arrests, Hankison is caught on camera taunting Wilson and joking with LMPD officers about planting drugs on him. In 2018, Wilson said he filed an LMPD Internal Affairs report, but discontinued his complaint because of the pending legal case and lack of legal representation at the time.

During the third arrest, Wilson claims that Hankison taunted he and his girlfriend. The suit also claims a civilian video shows Hankison bragging to Wilson’s girlfriend that the officer “was planting ‘dope’ again.”

Charges were dropped two months later, according to the Courier-Journal, and the lawsuit claims laboratory results showed the powder Hankison located on Wilson came back negative for any controlled substances.

The Courier-Journal also reported that in 2019, LMPD narcotics officers executed a warrant at Wilson’s home and barbershop, seizing a legally owned gun, his license and a cellphone. In the lawsuit, Wilson claimed Hankison, then a narcotics detective, played a role in orchestrating the raid.

Personnel files released in the wake of the killing of Breonna Taylor showed that Hankison was named along with nearly two dozen other LMPD and Jefferson County officers in a police brutality lawsuit. The lawsuit alleges that a man died from injuries sustained when officers took him to the ground after he called 911. It’s unclear in what capacity Hankison was involved.

A local Fox affiliate, WDRB, reported that Hankison was accused in 2008 of receiving oral sex from a suspect while on the job in exchange for not arresting a woman. In 2015, a woman accused him of trying to have sex with her in exchange for not taking her to jail.

WDRB reported that both claims were marked "unfounded" by internal investigators and not included in his personnel files.

“Shortly before my time leaving that office, there were rumblings amongst the Courthouse defense attorneys about a few of the officers having unconfirmed rumors of “being really friendly to the ladies” while on shift."

Additionally, a former prosecutor in the Derby City confirmed there have long been rumors of Hankison sexually assaulting people, planting drugs on suspects, harassing and framing people. He’s been named in a civil lawsuit filed by a Kentucky man who said the officer planted drugs on him during a 2019 arrest.

“Shortly before my time leaving that office, there were rumblings among the courthouse defense attorneys about a few of the officers having unconfirmed rumors of 'being really friendly to the ladies' while on shift,” Tommy Juanso, a local attorney and former Jefferson County DUI prosecutor, told Fox News.

“[Hankison's] name was mentioned as one of those officers, and my recollection was that the St. Matthews sections of bars was what they were referring to, and officers patrolling that area for DUIs."

Juanso said prior to hearing these allegations, his interactions with Hankison had all been positive courtroom experiences. He said he was prompt and prepared for his DUI hearings, and had received awards from the department. In 2014, LMPD records show Hankison received an Exceptional Merit award.

“The rumors were out there, and they expanded to include roughing up a defendant,” Juanso continued. “And they didn’t go away.”

Hankison was involved with two other officers, Myles Cosgrove and Jon Mattingly, in the raid on Breonna Taylor in March. Taylor, who was asleep at the time of the raid, was fatally shot eight times. Her boyfriend alleged police did not announce their presence and appeared to be breaking into their home.

All three officers are on administrative reassignment while investigations continue into the deadly raid.

The FBI confirmed that the investigation into sex abuse in the program is ongoing. The LMPD has been sued by seven individuals who allege a range of abuse and cover-up by multiple officers.

If you know of police misconduct, especially sexual violence while on duty, contact Andrew Keiper at andrew.keiper@foxnews.com.