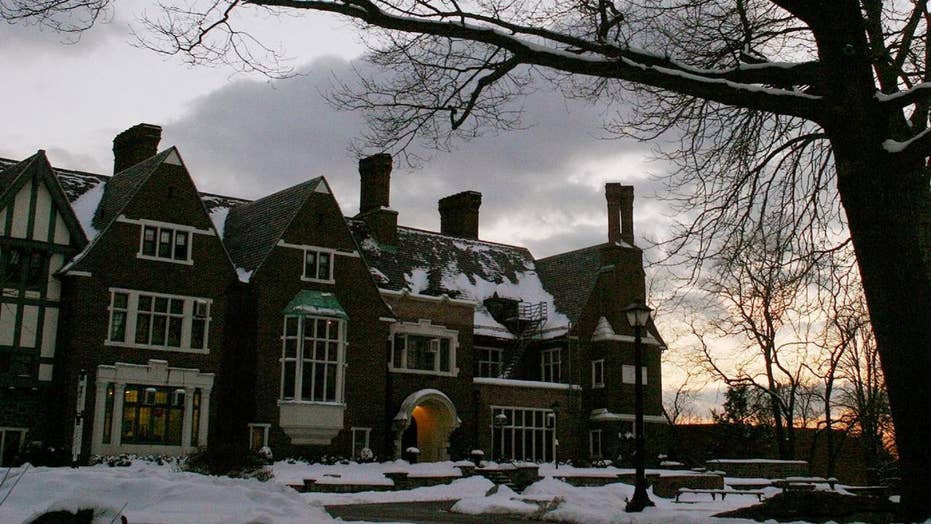 Students at Sarah Lawrence College in New York State are accusing administrators of not being progressive enough, marching in protests and holding sit-ins, until school officials meet their demands.

Students at a New York college routinely ranked as one of the most liberal in America are accusing administrators of not being progressive enough – unless they accept a long list of demands, including taking teaching duties away from “racist white professors” and providing laundry detergent -- and softener -- for all.

The wide-ranging declaration that emerged this week at the $54,440-a-year Sarah Lawrence College comes as bands of students have been marching around campus, chanting outside the president’s home and participating in sit-ins over their beliefs the school has “not implemented sufficient strategies to dismantle systematic oppression to be sustainable or safe for marginalized people in an increasingly dangerous political climate."

“If the College does not accept these demands, it will no longer be hailed as a progressive institution, but instead remembered for its inability to truly embody its self-proclaimed progressive ideology and support all students against an international rising tide of white supremacy and fascism,” reads a press release from the Diaspora Coalition student group.

The group, which describes itself as “students who can speak to the injustices imposed on people of color by this institution on a daily basis”, is demanding that, among other requests:

In the piece, Abrams says he surveyed around 900 college administrators and “found that liberal staff members outnumber their conservative counterparts by the astonishing ratio of 12-to-one.” He also says Sarah Lawrence’s Office of Student Affairs “was organizing many overtly progressive events — programs with names like ‘Stay Healthy, Stay Woke,’ ‘Microaggressions’ and ‘Understanding White Privilege’ — without offering any programming that offered a meaningful ideological alternative.”

Students met with Sarah Lawrence President Cristle Collins Judd and Daniel Trujillo, its Dean of Studies and Student Life, on Wednesday night. A Twitter account that appears to be run by students, providing updates on the protests, posted that the “Dean of Studies says he will sign the agreement to work together!” But the group then added: “As we have not come to an agreement with admin., the occupation will CONTINUE!”

Judd, in a statement put out earlier this week, likened the protests to similar ones held at the school in 1969 and 1989, noting that “it is incumbent upon the College to grapple with these issues to support the inclusion and well-being of all students.

“I believe collaboration from all parties is the best means to move these efforts forward, and this will require us to develop the most effective process for working with students as well as faculty and staff,” she added.

But Judd also pushed back on the “inappropriateness of demands related to the work and tenure” of Abrams, whom she has stood by during the op-ed uproar. In November, she said “academic freedom is a fundamental principle at Sarah Lawrence College” and that “Professor Abrams has every right, and the full support of the College, to pursue and publish this work.”

It is not clear when the protests will end, but the students want to make one thing certain – that they aren’t punished by faculty for participating in them.

Their last written demand: “It is our hope that faculty and staff value our voices outside of the classroom and support students’ right to protest without repercussion.”