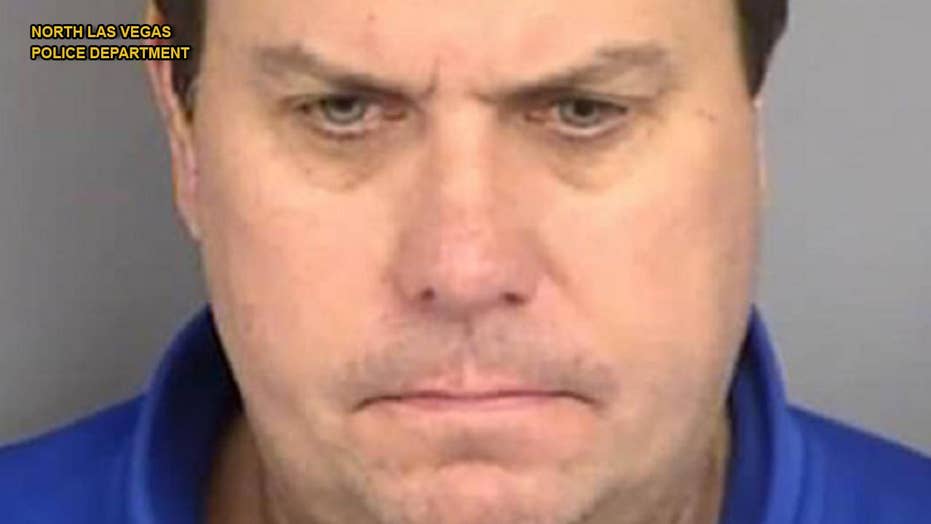 Security footage from the bar in North Las Vegas, just north of the city, captured Randy Howe, sports director of KSNV-TV, sitting in front of a slot machine looking around "as if he was nervous or paranoid that someone was watching,” a police officer wrote in a report.

Authorities responded to a caller around 9:17 a.m. who said Howe’s alleged “lewd behavior” had been going on since 8:30 a.m., the Las Vegas Review-Journal reported.

When questioned by the officers, Howe allegedly said he was scratching himself because of a bad rash, the Las Vegas Sun reported. An employee reportedly told authorities that Howe hadn’t consumed any alcohol – only energy drinks.

JESSY JAMES, FATHER GET PRISON FOR STRING OF HEISTS NEAR LAS VEGAS

Howe was arrested and charged with open or gross lewdness and indecent exposure, police said. Court records cited by the Review-Journal indicate Howe was bailed out of the Las Vegas Detention Center later on Tuesday. It wasn’t immediately clear if he had an attorney.

KSNV General Manager Larry Strumwasster told the Review-Journal that the station was “very concerned” and was conducting its own investigation. He did not comment on Howe’s employment status.

Howe's LinkedIn page indicates he joined the station in 2008.