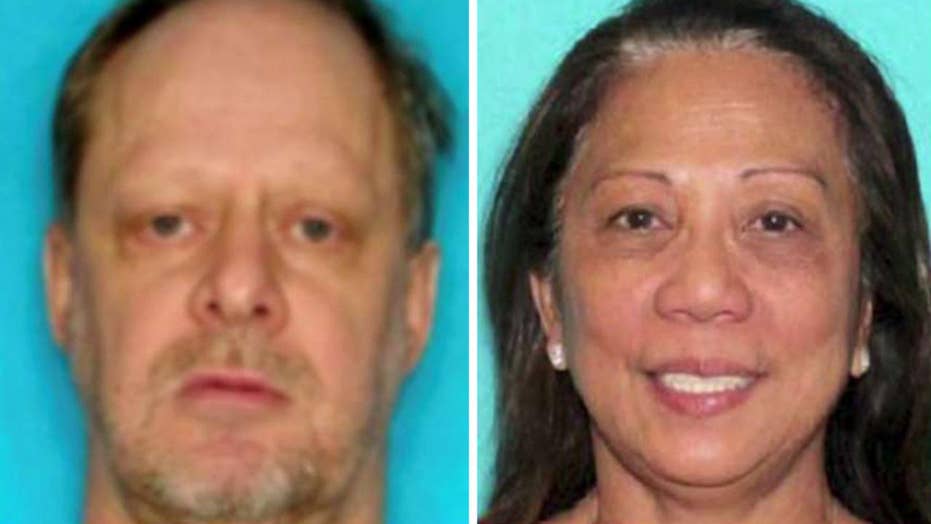 Security analyst David Katz shares his take on the investigation.

The girlfriend of Las Vegas gunman Stephen Paddock said Wednesday that "it never occurred to me in any way whatsoever" that he was planning the massacre that killed 58 people and injured 489 others during a country music concert on the Strip.

"I knew Stephen Paddock as a kind, caring, quiet man," Marilou Danley said in a statement read by her attorney outside FBI headquarters in Los Angeles. "I loved him and hoped for a quiet future together with him. He never said anything to me or took any action that I was aware of that I understood in any way to be a warning that something horrible like this was going to happen."

Danley was questioned by federal agents for much of Wednesday after returning from her native Philippines, where she had been for more than two weeks.

In the statement, Danley said Paddock told her that he had "found a cheap ticket for me to the Philippines and that he wanted me to take a trip home to see my family." While she was there, Paddock wired money for her to buy a house for herself and her family.

"I was grateful, but honestly, I was worried that first the unexpected trip home and then the money was a way of breaking up with me," Danley's statement said.

Paddock wired $100,000 to the Philippines days before the shooting, a U.S. official not authorized to speak publicly because of the continuing investigation told the Associated Press on condition of anonymity.

Investigators are trying to trace that money.

"He never said anything to me or took any action that I was aware of that I understood in any way to be a warning that something horrible like this was going to happen," she added.

Danley, 62, has been called a "person of interest" by investigators. She was met by federal agents when she arrived at Los Angeles International Airport Tuesday evening.

Investigators struggled Wednesday to get inside the mind of Paddock, a frustratingly opaque figure who carried out his high-rise massacre without leaving the plain-sight clues often found after major acts of bloodshed.

Investigators are busy reconstructing Paddock's life, behavior and the people he encountered in the weeks leading up to the deadliest mass shooting in modern U.S. history, FBI Deputy Director Andrew McCabe said. That includes examining his computer and cellphone.

But as of Wednesday, investigators were unable to explain what led Paddock to rain heavy fire down on a country music festival Sunday night from the windows of his 32nd-floor room at the Mandalay Bay hotel casino. He killed himself as police closed in.

"This individual and this attack didn't leave the sort of immediately accessible thumbprints that you find on some mass casualty attacks," McCabe said.

The 64-year-old retired accountant quietly stockpiled an arsenal of high-powered weapons while pursuing a passion for high-stakes gambling at Nevada casinos, where his game of choice was video poker, a relatively solitary pursuit with no dealer and no humans to play against.

Neighbors described Paddock as friendly, but he wasn't close to them.

"He was a private guy. That's why you can't find out anything about him," his brother, Eric Paddock, said from his home in Florida. As for what triggered the massacre, the brother said: "Something happened that drove him into the pit of hell."

Also, casino regulators are looking closely at Paddock's gambling habits and checking their records to see whether he had any disputes with casinos or fellow patrons. In addition, investigators are examining a dozen financial reports filed in recent weeks when he bought more than $10,000 in casino chips.