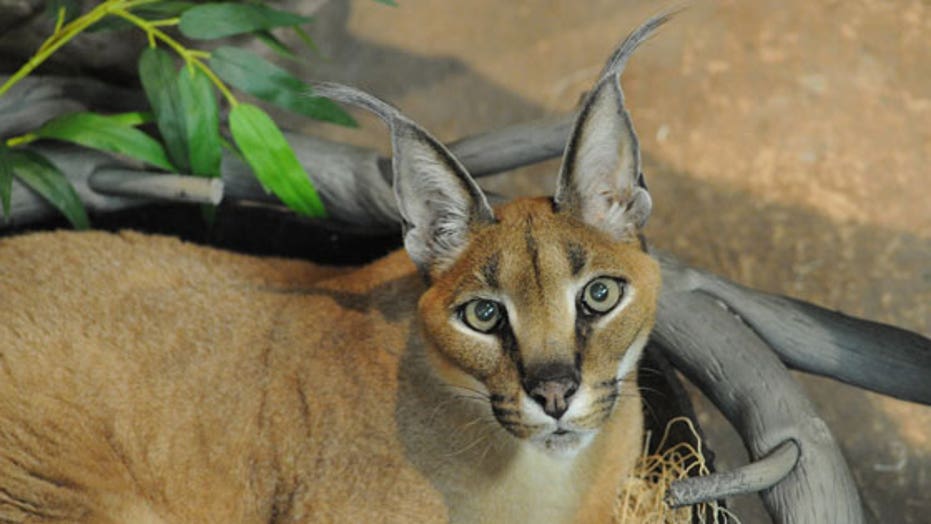 An Illinois woman and her child were hospitalized Sunday after they were attacked by a caracal, which is a large exotic cat that is often compared to a lynx, reports said.

Neither the mother or child were identified, but the attack occurred at about 11 a.m. in Bloomington, WMBD.com reported. The cat apparently escaped from a nearby home and was killed by police after it lunged at animal control officers, the report said.

The woman and her child were reportedly walking on the sidewalk when the animal lunged at the child. The mother intervened and both suffered scratches and puncture wounds, the report said.

The report said that caracals are often referred to as the desert lynx and were once trained in places like India and Iran to hunt and kill birds.