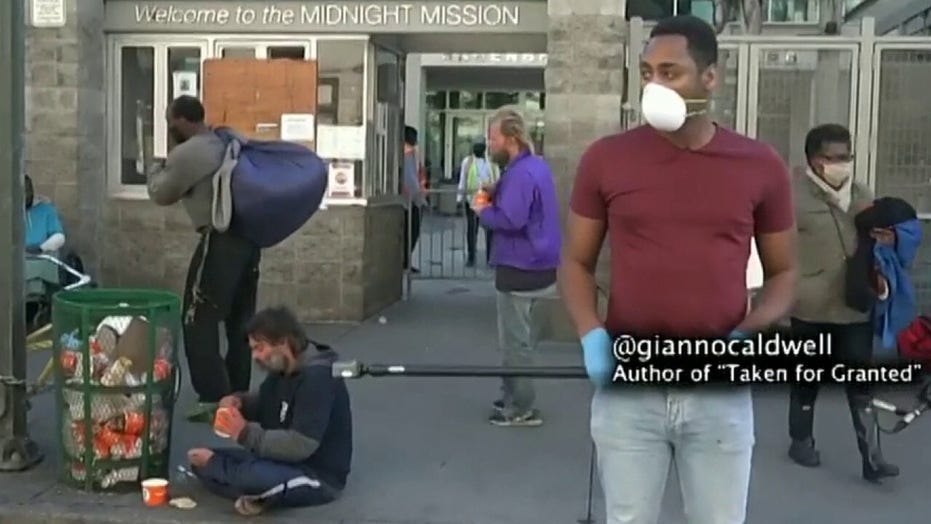 The Los Angeles City Council Wednesday voted to identify hotels refusing to take in the homeless during the coronavirus pandemic and said they could possibly be “commandeered.”

"Each hotel brings new hope, each room could save a life," Mayor Eric Garcetti said of Project Roomkey, according to KABC-TV.

“If hotels are making a distinction among people classifying housed and unhoused differently in terms of accommodations that they’re going to be repaid for, that the city and county will pay for with reimbursements, then I think there’s a potential civil rights violation,” Councilman Mike Bonin said. “If the problems are on the hotel end, the public should know why, and then we should consider commandeering as they’ve talked about in other cities.”

The council also plans to investigate if hotels refusing to house homeless have received tax breaks from the city recently.

The motion, co-authored by Bonin, says, some hotels have been "unwilling to participate, reneged on initial interest, citing security concerns, liability issues, objections from corporate management or fear of lost revenue from being branded a 'homeless hotel,'" according to KABC.

“It would seem to me to be a complete justification that we expect something back especially during an emergency,” Councilman Mitch O’Farrel said of hotels that have received tax breaks.

The Ritz Carlton in downtown Los Angeles, which has luxury condo residences, was among those resisting.

The hotel has received millions of dollars in tax breaks from the city over the years, according to FOX 11.

The condo residence’s homeowner’s association cited security, health and property value concerns in a letter to homeowners saying they would resist housing the homeless.

Art Avaness, broker and owner of RE/MAX DTLA who manages six units in the building, told FOX 11 they were “shocked and offended” the hotel might be forced to participate.

HUNDREDS OF HOMELESS TEST POSITIVE FOR CORONAVIRUS IN DENVER

“In theory, it’s a great idea, I support the program but in practice specifically for this property, it just isn’t, because you want to house hundreds of homeless people in a structure that’s literally in the same building with 224 homeowners?” he told FOX 11. “Having it in your own home basically is just a little too much, in fact, it’s offensive.”

Avaness told KABC the average price for a one-bedroom unit is around $1 million. "Minimum one million and goes all the way up to $40, $42 million," he said.

Bonin told KABC he doesn't think "fancy hotels" should be exempt. "As we look to hotels to step up, those that have benefited from public investment and public largess - those are the first that we should be looking towards."