Prosecutors and the media tried to destroy Kyle Rittenhouse's life for defending himself at a riot in Kenosha, Wisconsin. Tucker sits down with Rittenhouse and gets exclusive access as the case was underway in the Trial of Kyle.

A Wisconsin judge on Friday approved an agreement to destroy the rifle used by Kyle Rittenhouse in the incident in 2020 which resulted in the shooting deaths of two people and the injuring of a third.

Judge Bruce Schroeder, who presided over Rittenhouse’s trial, approved the agreement to destroy the weapon. The district attorney said that Rittenhouse had signed a statement giving him permission to destroy it. Rittenhouse was not in court.

KYLE RITTENHOUSE FOUND NOT GUILTY ON ALL COUNTS IN KENOSHA TRIAL

Rittenhouse was acquitted in November of all charges related to the deaths of Anthony Huber and Joseph Rosenbaum -- and the wounding of Gaige Grosskreutz -- who he shot during a protest in Kenosha. He had argued he fired in self-defense.

Video of the scene showed Rosenbaum chasing Rittenhouse down before Rittenhouse shot him as he closed in. He shot Huber after Huber swung a skateboard at his head and Grosskreutz after Grosskreutz ran up to him holding a pistol.

Rittenhouse’s attorney had requested that his rifle, ammo, mask and other clothing be returned to him, and his team had said that the 19-year-old wanted to destroy the rifle and throw the items away. 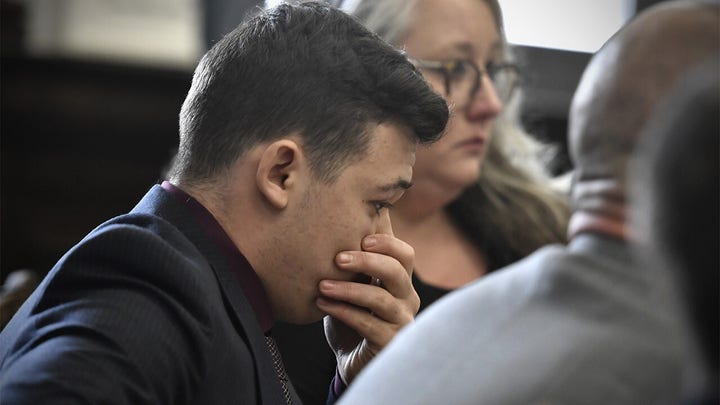 His attorney had said that people had reached out to purchase the gun, but they felt no-one should be able to profit from it.

KYLE RITTENHOUSE WANTS RIFLE RETURNED SO IT CAN BE DESTROYED, COURT DOCUMENTS SAY

The judge ordered that Rittenhouse’s $2 million bail be divided among his attorney, the #Fightback Foundation that solicited donations, and actor Ricky Schroder, who donated to the fund.

The Patent and Trademark Hedge Fund Trust had filed a motion Thursday making a claim to the $2 million. The fund's co-trustee, Mariel Johnson, argued in an affidavit that the fund had given as much as $2.5 million to John Pierce, an attorney who represented Rittenhouse in the early days of the case and who helped form the FIghtback Foundation, to finance his case. Johnson argued that has been trying to recoup the money after Pierce's law firm dissolved.

Johnson noted that the fund gave him $300,000 to put toward Rittenhouse's bail and is entitled to every dollar Pierce used to cover Rittenhouse's bond. Schroeder denied the motion, ruling that the fund's attorneys aren't licensed to practice in Wisconsin.