Kyle Kashuv, the conservative Parkland shooting survivor and pro-Second Amendment activist, says Harvard rescinded his admission after the recent resurfacing of years-old remarks he called "offensive," "idiotic" and "inflammatory" but composed before the mass shooting — which he says made him a different person.

The 18-year-old revealed the rescindment on Twitter Monday — along with screenshots of letters that appeared to be written on Harvard letterhead. He also detailed the steps he says he took to "right this wrong" with the Ivy League school, which he said he'd planned to attend in 2020 after taking a gap year.

Harvard officials told Fox News they don't publicly comment on the individual admission status of applications, but Kashuv posted what he said was the letter Harvard sent him, dated June 3.

"The Admissions Committee has discussed at length your account of the communications about which we asked, and we appreciated your candor and your expressions or regret for sending them," the letter read. "As you know the Committee takes seriously the qualities of maturity and moral character. After careful consideration the Committee voted to rescind your admission to Harvard College."

Kashuv apologized both publicly and to Harvard last month after it was reported he made racist remarks and used slurs while a student at Marjory Stoneman Douglas High School in Parkland, Fla., before becoming a prominent media figure.

He said the comments were made "long before the shooting" at the school that left 17 people dead in February 2018, and said he and his friends at the time were "16-year-olds making idiotic comments, using callous and inflammatory language in an effort to be as extreme and shocking as possible." The comments were reportedly made in a Google document shared among several friends.

Per a letter Kashuv posted to Twitter, Harvard reached out to him on May 24 noting they have the right to rescind admission offers and asked for "a full accounting of any such statements you have authored" and a written explanation of his actions.

Kashuv responded with a letter apologizing for his comments, and said he took responsibility for the "hurtful things I wrote two years ago." 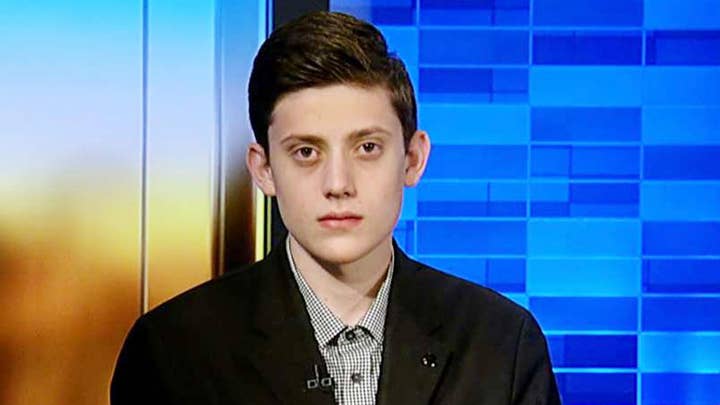 "My intent was never to hurt anyone, and to do so would have magnified the harm immediately," he wrote. "I also feel I am no longer the same person, especially in the aftermath of the Parkland shooting and all that has transpired since."

Once he received his rescindment, Kashuv said he asked for an in-person meeting to discuss what had happened, which he said Harvard declined.

"Harvard deciding that someone can’t grow, especially after a life-altering event like the shooting, is deeply concerning," Kashuv tweeted. "If any institution should understand growth, it’s Harvard, which is looked to as the pinnacle of higher education despite its checkered past."

Kashuv said he had passed on "huge scholarships in order to go to Harvard" and is unsure what he's going to do in the future, as "the deadline for accepting other college offers has ended."

"I truly don't know what's going to happen," he told Fox News on Monday. "But I'm keeping all my options open."