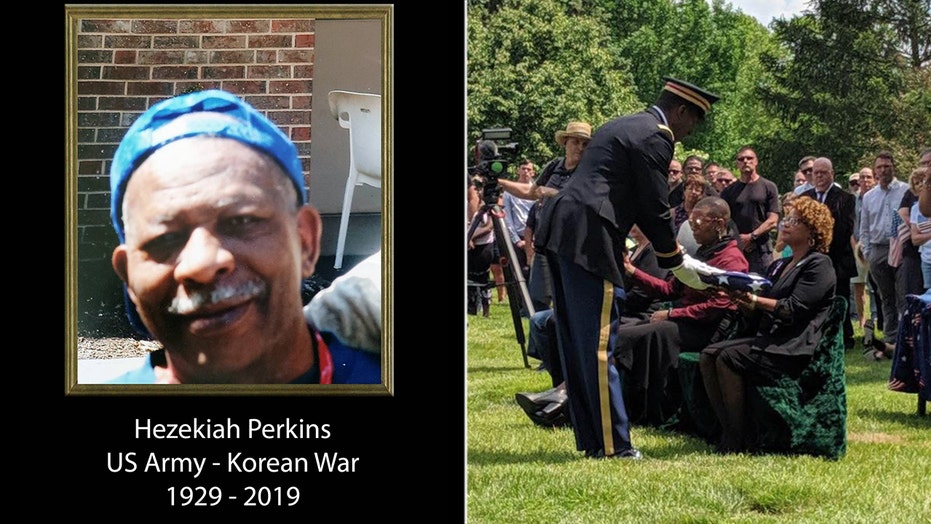 A public call for mourners to attend the Ohio funeral of an unaccompanied 90-year-old Korean War veteran Saturday resulted in an overwhelming response.

“It being Memorial Day weekend it was the right thing to do to come up and honor his life," Suzanne Koehne told Fox 19. She attended the funeral in Cincinnati after driving nearly 100 miles to get there from Louisville, Kentucky.

An estimated 400 strangers, like Koehne, showed up to pay final respects to Army veteran Hezekiah Perkins whose only family, a daughter, couldn’t make it because of poor health, Fox 19 and other media reported.

Hezekiah Perkins was buried with full military honors in front of hundreds of strangers Saturday in Cincinnati. (Spring Grove Cemetery)

“My heart just told me you got to come and see this man off for serving his country," Kevin Moneace, of Hamilton, Ohio, told Fox 19.

“My heart just told me you got to come and see this man off for serving his country," Kevin Moneace, of Hamilton, Ohio, told Fox 19 Cincinnati. (Spring Grove Cemetery)

Perkins paid in advance for a spot in Cincinnati’s Spring Grove Cemetery, which issued the call for mourners Friday.

He was buried with full military honors, including the traditional playing of taps.

The cemetery expressed its appreciation for the turnout, writing in a Facebook post, “We cannot express the feeling of patriotism and pride our Spring Grove Family feels today.”