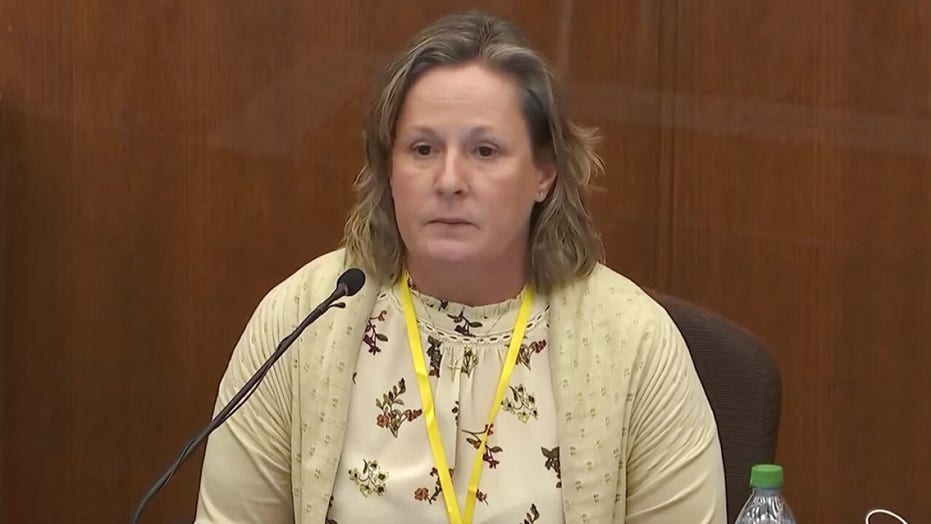 Kim Potter guilty of manslaughter in shooting of Daunte Wright

Former Minnesota police officer found guilty on all charges in the death of Daunte Wright.

Judge Regina Chu ordered Potter to be taken into custody and held without bail. She also praised the jurors as "heroes of the judicial system." The judge rejected a request from the defense team that Potter be allowed to remain out on $100,000 bail before sentencing. They argued that it's Christmas season and Potter is a devout Catholic, but prosecutors noted that Potter's family had moved out of state.

The jury, comprised of six men and six women, had spent over 27 hours deliberating.

Kim Potter is being held at a correctional facility in Shakopee, Minnesota, while she awaits sentencing.  (Minnesota Department of Corrections)

Outside the courtroom, staff elsewhere in the Hennepin County Government Center were instructed to stop work and exit the building before the decision was read aloud deciding Potter’s fate. The entire Minneapolis courthouse was to be cleared before the outcome was announced for security measures.

Kim Potter's husband yelled out, "I love you Kim," as she was taken into custody and Potter said it back.

Minnesota Attorney General Keith Ellison said outside the courthouse that "we have a degree of accountability for Daunte’s death," but that he also felt for Potter.

"She is going from being an esteemed member of the community, an honored member of a noble profession, to being convicted of a serious crime," Ellison said. "I don’t wish that on anyone, but it was our responsibility as the prosecutor, as ministers of justice, to pursue justice wherever it led, and the jury found the facts."

Potter had 26 years of experience as a police officer on April 11 when she says she mistook her handgun for her Taser and fatally wounded 20-year-old Wright.

The 26-year police veteran and other officers, including a trainee, were attempting to arrest Wright when he tried to get back into his vehicle, video shows.

The officers had attempted to stop Wright and then tried to detain him after learning of a warrant for his arrest. Wright, 20, can be seen in a police video climbing back into the driver’s seat of a vehicle as the officers scuffle with him.

In Potter’s body camera footage from the shooting, she can be heard yelling, "I’ll tase you!" and "Taser! Taser! Taser!" before firing her handgun.

Potter testified for about three hours on Friday before the defense rested its case. She has said she mistook her handgun for her Taser when she opened fire.

The 12-person jury was made up of nine White panelists and three people of color – two Asian women and a Black woman. Six jurors were men and six were women.

The prosecution has said they'll seek an upward departure from sentencing guidelines due to aggravating factors, arguing that Potter's actions were a danger to others and that she abused her authority as a police officer.