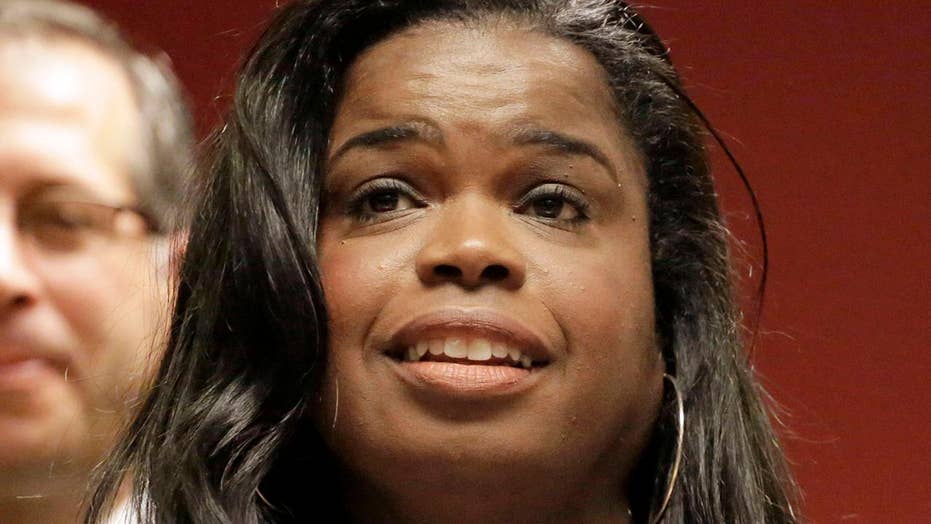 Two top deputies in the Cook County State's Attorney's Office submit their resignations after charges are dropped in the Jussie Smollett case; Matt Finn reports on the details.

CHICAGO – Two ranking executives inside the Cook County State’s Attorney's Office have submitted their resignations — including State’s Attorney Kim Foxx’s chief ethics officer, April Perry, whom Foxx cited as the person who advised her to “recuse” herself from the Jussie Smollett case that has rocked the Chicago office, Fox News learned Thursday.

Mark Rotert, the director of the office's Conviction Integrity Unit, has also submitted his resignation, according to a Foxx spokesperson. Perry and Rotert are scheduled to work their last days on the job in May.

"While I feel lucky to have been able to spend the last 15 years of my career in public service, I am looking forward to my next endeavor in the private sector where I have the opportunity to continue to work toward increasing the safety of our community," Perry wrote in an April 15 letter obtained by Fox News via a Freedom of Information Act (FOIA) request.

Chicago's top prosecutor has been criticized for how she handled Smollett’s criminal case — including her questionable recusal and how her office suddenly dropped the charges against the 36-year-old "Empire" actor on March 26.

A grand jury indicted the actor on 16 counts in early March. Foxx's office dropped the charges about three weeks later, explaining that Smollett was offered "deferred prosecution" because he forfeited his $10,000 bond and performed some community service. Much of the legal community has rebuked Foxx’s explanation including the National District Attorneys Association and the Illinois Prosecutors Bar Association which concluded that Foxx "fundamentally misled the public" and should have recused her entire office from the case.

Last February, during the height of the investigation into Smollett’s claim that he was a victim of a hate crime, the state's attorney's office released a statement saying Foxx recused herself from investigating Smollett "out of an abundance of caution" because Foxx had discussed the case with a Smollett family member. "Shortly after the incident occurred in late January, State’s Attorney Foxx had conversations with a family member of Jussie Smollett about the incident and their concerns, and facilitated a connection to the Chicago Police Department who were investigating the incident," a statement from the office read.

In media interviews, Foxx revealed it was Perry who advised her to recuse herself and touted Perry as the office’s first ethics officer. However, her office later had to clarify that Foxx recused herself only in the "colloquial" sense -- not what was accepted as the standard legal recusal which would involve her entire office, and the appointment of a special prosecutor.

On March 8, it became public that Smollett was indicted on 16 felony counts for allegedly lying to police over a staged assault against himself earlier this year — after discussing the move with Perry.

Foxx has stood by her office's decisions. She invited the Cook County inspector general's office to investigate the case, and the IG confirmed to Fox News that it was.

Rotert, meanwhile, told the Chicago Sun-Times that the Smollett controversy "had absolutely zero percent to do with my decision."