KENOSHA, Wis. – Kenosha businesses that rioters attacked last summer are bracing for more unrest as the jury in the Kyle Rittenhouse trial enters its second day of deliberations, but aren't ready to board up, an owner and a manager told Fox News in exclusive interviews.

"There are going to be protests, and whatnot, but I don’t think they’re going to riot again," Luigi Giannini, general manager of Ed’s Used Tires, said. 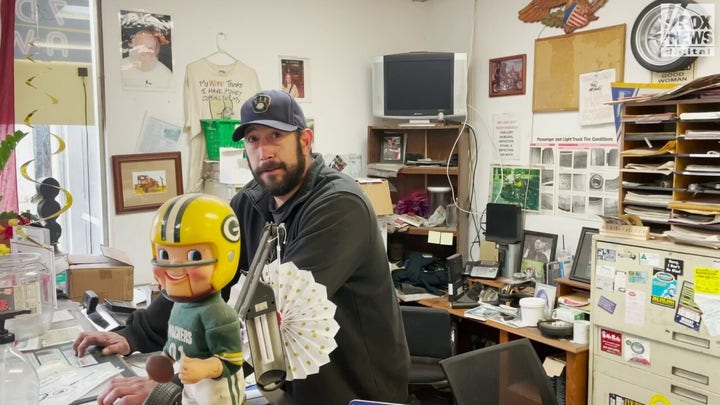 Giannini, whose shop sits blocks from the Kenosha County Courthouse, told Fox News that rioters last year broke into the store and attempted to set it on fire.

WHAT WILL KENOSHA LOOK LIKE IF RITTENHOUSE IS ACQUITTED?

"There’s a [replica] deer with no head on out there, and [the rioters] knocked the deer over, took the head and threw it through the window," Giannini, a lifelong Kenosha resident, told Fox News.

Rioters also stole an ATM and a safe inside, according to Giannini.

U.S. Taekwondo Academy, which has been in Jonathan Kim's family for over 40 years, is also a short walk from the courthouse. Kim said his business during the August 2020 riots was "as close to ground zero as you can get."

Kim told Fox News that his business sustained $25,000 in damage from the riots.

"Insurance maybe took care of half of it," he said.

Regardless of the verdict, Giannini said he won’t board up the tire shop this year.

"We’ve talked to the … guy who owns the building, and he doesn’t believe we should board stuff back up," he said. "He thinks it’s going to be OK."

Kim said he’s hopeful the city is prepared to defend his business if there is unrest, though he has little trust in their ability after the response last summer. He told Fox News that his primary focus as the verdict nears is to "just to make sure that my people are safe."