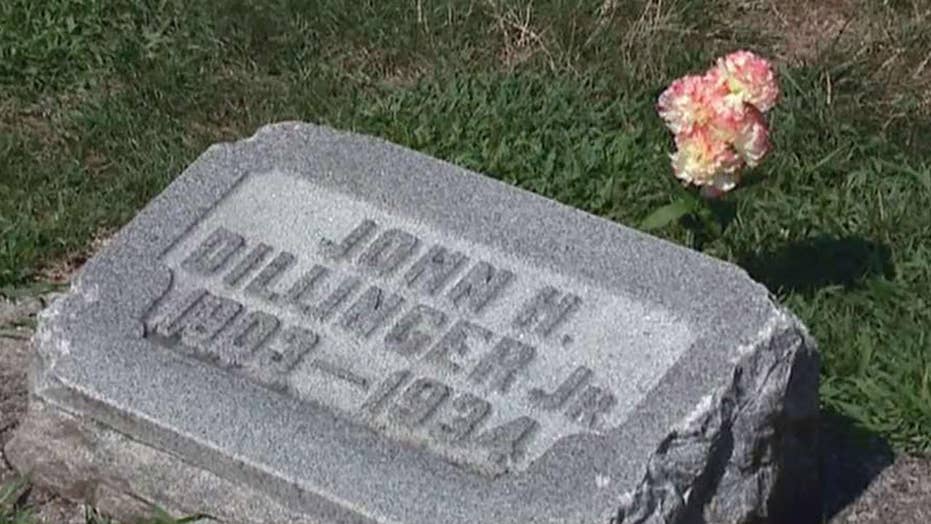 Relatives of John Dillinger to exhume and test body in grave

The former public enemy No. 1 was shot dead by FBI agents in 1934 after attending a movie in Chicago, or so the story goes; Matt Finn reports.

John Dillinger’s nephew has obtained a permit to open the Great Depression gangster's grave in an Indiana cemetery on New Year’s Eve, according to a report.

The exhumation permit approved Thursday by the Indiana Department of Health was being sought by Dillinger nephew Michael Thompson, who believes the grave holds the remains of a person who is not his uncle.

The History Channel wanted to film the exhumation for a documentary but has ditched those plans, leaving Thompson to proceed on his own, the station reported.

The FBI says Dillinger was buried in Indiana after agents gunned him down in 1934 outside a Chicago movie theater showing Clark Gable’s “Manhattan Melodrama.”

Those who believe otherwise are peddling "a conspiracy theory," it says.