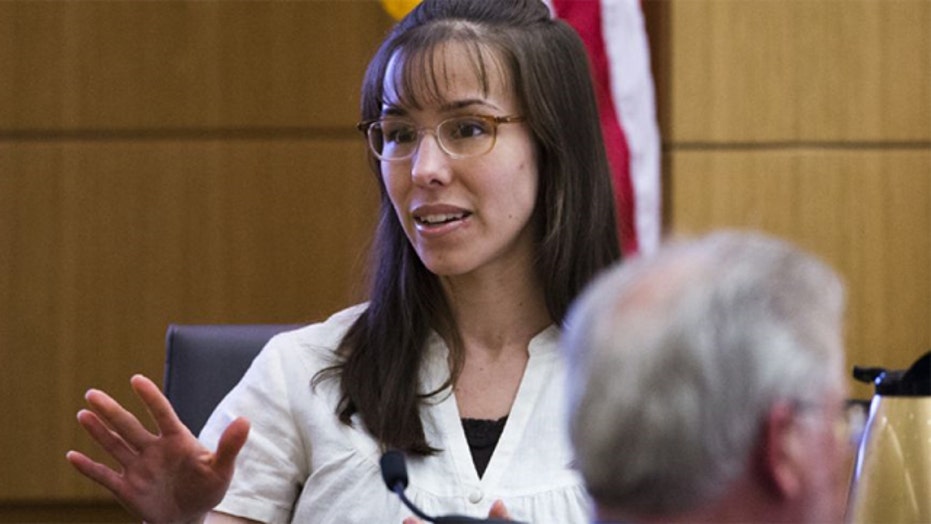 Jodi Arias to represent herself in penalty phase of trial

A judge ruled Monday that Jodi Arias can represent herself in the upcoming penalty phase of her murder trial, where jurors will decide whether she is put to death for killing her ex-boyfriend.

Arias, 34, was convicted of first-degree murder last year in the 2008 killing of Travis Alexander, but jurors couldn't reach a decision on sentencing. Under Arizona law, while Arias' murder conviction stands, prosecutors have the option of putting on a second penalty phase with a new jury in an effort to secure the death penalty.

Arias, who has long clashed with her defense lawyers and tried to fire them previously, asked Judge Sherry Stephens to let her serve as her own lawyer during the second penalty phase set for Sept. 8. Stephens granted the request but said there would be no delays.

"I do not believe it is in your best interest ... I strongly urge you to reconsider," Stephens told Arias before granting the motion.

Arias will now have the task of arguing a death penalty case just four weeks from now despite having no legal experience and no college degree or high school diploma. Arias got her GED in jail.

Her defense lawyers will remain on as advisory council. They declined to comment on the latest developments. Prosecutors also declined comment.

Experts say the move might not be such a bad idea given the gruesome nature of the crime. Arias admitted killing Alexander at his suburban Phoenix home but said it was self-defense. He was stabbed nearly 30 times, had his throat slit and was shot in the forehead. Prosecutors argued it was premeditated murder carried out in a jealous rage when Alexander wanted to end their affair.

"It's actually probably a good idea to represent herself," said San Francisco-area defense attorney Daniel Horowitz. "She looks like a vicious psychopath with a ridiculous defense."

However, Horowitz noted, the jury "may find her pathetic."

"If she can get just one juror to bond with her on some level, even if they hate her, they're getting to know her, and it's harder to kill someone you know," he said.

The five-month trial that began in January 2013 provided seemingly endless amounts of cable TV and tabloid fodder, including a recorded phone sex call between Arias and the victim, nude photos, bloody crime-scene pictures and a defendant who described her life story in intimate detail over 18 days on the witness stand.

Arias told jurors of an abusive childhood, cheating boyfriends, dead-end jobs, her sexual relationship with Alexander and her contention that he had grown physically violent.

"They thought she was a liar. She was narcissistic. She was arrogant, and it made it easy to convict her," Horowitz said. "But that's a lot different than killing somebody."

"I think generally that anybody that represents themselves has a fool for a client, but it also gives her a way, if she's out there making a fool of herself, to maybe invoke some sympathy from a juror," McDonald said.

Arias' feud with her attorneys has been ongoing since early in the case and intensified after she gave a series of media interviews following her conviction in May 2013. Her lawyers have tried to withdraw several times, but the judge has rebuffed their requests.

If the new jury fails to reach a unanimous decision, the death penalty will be removed from consideration. The judge would then sentence Arias to spend her life behind bars or to be eligible for release after 25 years.