Sen. Jerry Moran on Julian Assange: 'I don't see him as a hero, he broke the law'

After WikiLeaks founder Julian Assange was arrested by British police Thursday, U.S. Senator Jerry Moran said: “I don’t see him as a hero, he broke the law.”

Speaking on "America’s Newsroom" Thursday he added: “People who break the law, if they're convicted, then they need to pay the price.”

Assange has been in the Ecuadorian embassy in London since 2012 when British courts ordered the 47-year-old Australian native extradited to face questioning in a sexual assault case. That matter has since been dropped, but Wikileaks, an anti-secrecy site, is facing a federal grand jury investigation over its publication of American diplomatic and military secrets during the Iraq War.

Moments before he was arrested, Ecuador announced it had withdrawn Assange's asylum for “repeatedly violating international conventions and protocol.”

“When I learned this news this morning, it was a sense that maybe justice will occur. I don't know exactly what that justice will be but the idea that we'll have the opportunity to question and for Julian Assange to have to stand for the charges that he’s been – allegedly, the things he’s done, I think that’s a good thing,” said Moran, R-Kan., Thursday. “One is justice, the other thing is that we'll get some information particularly about Russian involvement in the election.” 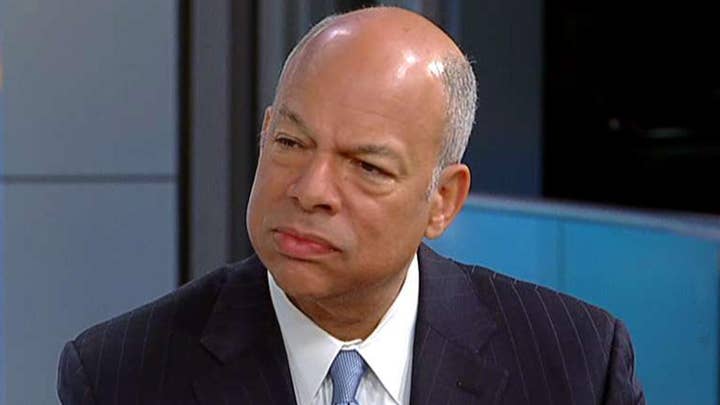 Moran later said he would consider Assange a “villain” if he is convicted of a crime.

On “America’s Newsroom”, Moran also talked about his reaction to Attorney General William Barr stating under oath that “spying did occur” on the Trump campaign ahead of the 2016 election.

Moran also said a lot of people have been “demanding answers about the Trump campaign involvement with the Russian interference in our election.”

He said: “We want answers. I think the same thing applies here. The people who are wanting those answers ought to want answers in this issue of the investigation and whether unpredicted, as the attorney general might say, spying occurred. In other words, unauthorized, illegal. Something without a warrant.”