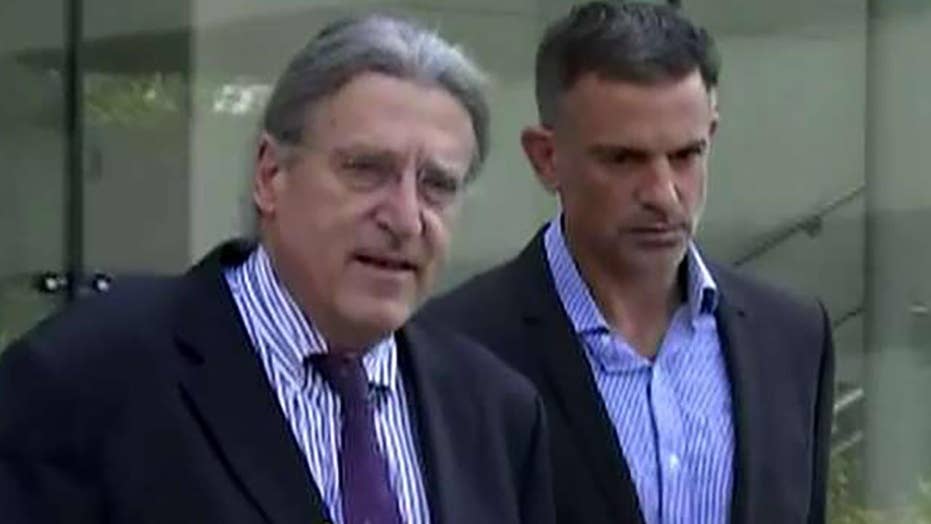 Estranged husband of Jennifer Dulos claims he received a bill for a medical procedure the missing Connecticut mother underwent after her disappearance; Laura Ingle reports.

The New Canaan rented home of Jennifer Dulos, the Connecticut mom who went missing six months ago, is on the market for nearly $3 million.

Arnold Karp, the owner of the massive 9,800-square-foot home, told the New Canaan Advertiser that "it is time to put it on the market and sell it."

Karp said he doesn't believe Dulos died in the house and has listed the six-bedroom, nine-bath home with Douglas Elliman Real Estate for $2,995,000.

"Nobody is currently living there," Karp said. "It has all been cleared and ready for the next homeowner."

In addition to a new owner – or renter – the property also has a new address. The previous address was known as 69 Welles Lane, but Karp has requested an address change to 71 Welles Lane. Sellers often request a new address to conceal that a crime was committed on the property but Karp said his request was just a "personal preference."

Dulos was last seen on a neighbor's security camera returning to the Welles Lane residence on May 24.  (Carrie Luft, on Behalf of the Family and Friends of Jennifer Farber Dulos)

"I've changed numbers before." he said. "It's kind of a Feng shui kind of thing. It has always bothered me. It bothered me when I bought it."

Dulos was last seen on a neighbor's security camera returning to the Welles Lane residence on May 24.

Her estranged husband, Fotis Dulos, and his live-in girlfriend, Michelle Troconis, have each pleaded not guilty to two counts of tampering with evidence and hindering prosecution in connection with Dulos' disappearance. Both are free on bail but have ankle monitors on and are not allowed to leave the state without a judge's approval.

According to a 43-page arrest warrant, authorities believe Dulos was lying in wait for his wife to come home after dropping off their five kids at school around 8:05 a.m. on May 24. Police believe he was responsible for her disappearance, though his lawyers have pushed back hard on the accusations and have repeatedly criticized the authorities for only focusing on their client in the case.

On Sunday, marking six months since she went missing, her family released a statement saying: “That this milestone coincides with the Thanksgiving holiday challenges us to pause and give thanks, in spite of this tragedy.

“And, as ever, we are deeply thankful to the New Canaan and Connecticut State police for their ongoing efforts to solve this case and bring those responsible to justice.”