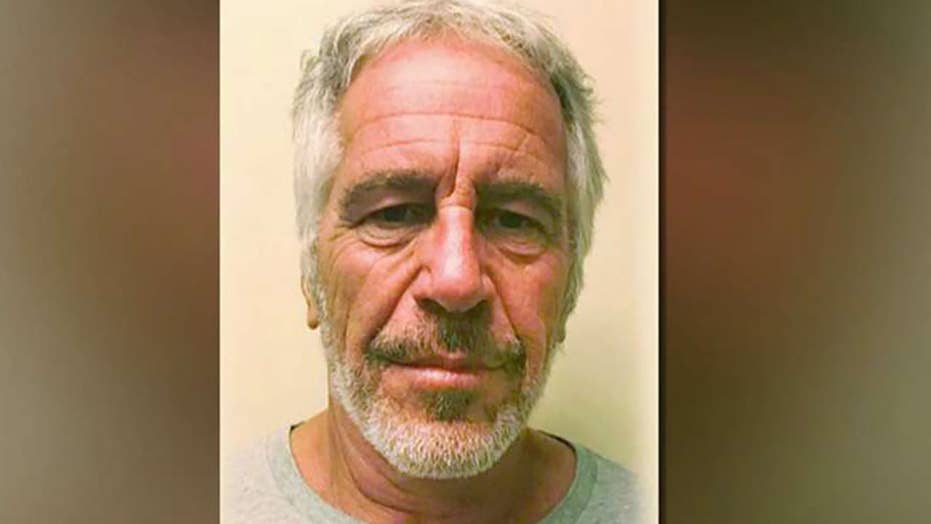 In the hours before accused sex trafficker Jeffrey Epstein's apparent suicide early Saturday morning, the two corrections officers assigned to watch over the disgraced financier in a special unit of New York City's federal lockup were reportedly in the midst of working overtime shifts -- and one of the individuals wasn't a regular guard, according to a union head.

Epstein, 66, was found unconscious in his cell Saturday at the Metropolitan Correctional Center and later pronounced dead — immediately prompting questions about how such a high-profile inmate could have killed himself inside an ultra-secure facility just over two weeks after officials believed Epstein may have previously attempted suicide.

Serene Gregg, the president of the American Federation of Government Employees Local 3148, told the Washington Post the facility is functioning with less than 70 percent of the needed staffing, causing many employees to shoulder a 60- or 70-hour workweek.

“If it wasn’t Mr. Epstein, it would have been somebody else, because of the conditions at that institution,” Gregg told the Washington Post. “It wasn’t a matter of how it happened or it happening, but it was only a matter of time for it to happen. It was inevitable. Our staff is severely overworked.”

A person familiar with the facility's operations told the Associated Press the MCC's Special Housing Unit was staffed with one guard who was working a fifth straight day of overtime and another who was working a mandatory overtime shift. The person wasn't authorized to discuss the lockup's operations publicly and spoke Sunday on the condition of anonymity.

Gregg told the Washington Post one of the individuals assigned to watch Epstein's unit did not normally work as a correctional officer but was able to do so, like others in roles such as counselors and teachers. Gregg, who did not say what the person's regular job was, told the Washington Post she did not know whether workload played any role in the apparent suicide, but said she has long complained about staffing levels.

The union president said she had told supervisors "it’s only a matter of time before we have a loss of life" due to understaffing at the facility.

The reports of understaffing, overtime shifts and fill-in correctional officers comes amid news Epstein had not been checked on for "several hours" before his death, even though normal operations at MCC would require officials to check on him -- physically -- every 30 minutes, a person familiar with the situation told Fox News on Monday.

Additionally, Epstein did not have a cellmate the night of his death, which the source noted was unusual.

New York City's chief medical examiner released a statement Sunday evening saying an autopsy had been performed on Epstein, but more information was needed before a cause of death determination could be made.

A person familiar with the matter told the Associated Press that Jeffrey Epstein had been taken off suicide watch before he killed himself Saturday, Aug. 10, 2019, in a New York jail. (Florida Department of Law Enforcement via AP, File)

The private pathologist, Dr. Michael Baden, was the city's chief medical examiner in the late 1970s and has been called as an expert witness in high-profile cases, including by the defense at O.J. Simpson's 1994 murder trial. In addition to his work as a forensic pathologist, Baden is a Fox News contributor.

A little more than two weeks ago, Epstein had been placed on suicide watch after he was found semi-conscious with bruising on his neck, law enforcement sources told the New York Post at the time. But after a week of psychological evaluations, he was taken off the watch at the end of July and therefore wasn't on the restrictive monitoring at the time of his death, a person familiar with the matter confirmed to Fox News.

Attorney General William Barr called for an investigation by the FBI and the Justice Department's inspector general's office, adding he was "appalled" to learn of Epstein's death while in federal custody.

"Mr. Epstein's death raises serious questions that must be answered," Barr said in a statement.

Epstein, 66, had been denied bail and faced up to 45 years behind bars on federal sex trafficking and conspiracy charges unsealed last month. He had pleaded not guilty and was awaiting trial.