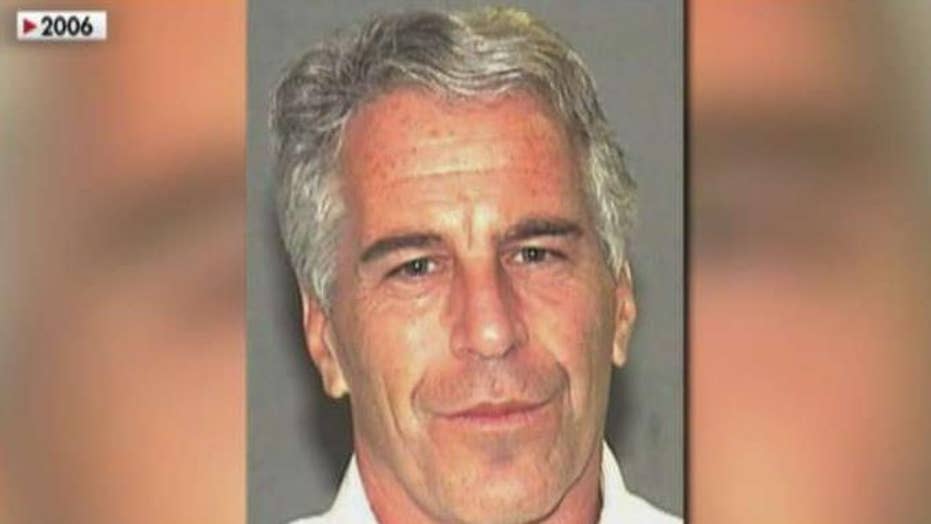 Surveillance footage of Jeffrey Epstein's first apparent suicide attempt in July — which happened when he was sharing a cell with a former police officer facing charges for quadruple homicide — has been found, according to officials.

Federal prosecutors initially believed the video either was missing or was never preserved. The government confirmed with staff at the Metropolitan Correctional Center that it was in process of obtaining a copy, according to a Thursday letter to a federal judge from Geoffrey Berman, the U.S. attorney for the Southern District of New York.

Epstein, 66, died by hanging in his cell at the MCC in Lower Manhattan on Aug. 10, but apparently tried to kill himself weeks earlier, on July 23.

At the time, he shared a cell with Nick Tartaglione, who said in September he was paired with Epstein because he wasn't a threat to him. Days after the attempted suicide, Epstein's lawyer requested to preserve the security footage from him and Tartaglione's time together. But during a court hearing on Wednesday, prosecutors said the footage disappeared, according to attorney Bruce Barket.

“I don’t know the details of how it was lost or destroyed, or why it wasn’t retained when it should have been,” Barket told the New York Post. “We want to be sure that all the evidence is preserved to show that Nick behaved appropriately and even admirably that evening."

Assistant U.S. Attorney Jason Swergold told U.S. District Judge Kenneth Karas during the hearing that it was prosecutors' understanding "that the video no longer exists," The Journal News reported earlier.

After Epstein's apparent suicide attempt, he was placed on suicide watch, and Tartaglione was transferred out of the disgraced financier's cell in the facility's Special Housing Unit, a heavily secured part of the MCC separating high-profile inmates from the general population.

Epstein reportedly alleged Tartaglione "roughed him up" while they were cellmates, but Barket has adamantly denied such accusations, calling it "a complete fabrication." Barket even said Tartaglione and Epstein "became friends" during their time at MCC together.

Epstein's suicide became the subject of a criminal probe. Two jail guards assigned to watch him the day he died have pleaded not guilty to criminal charges. However, investigators said the guards failed to check in on the disgraced politically connected financier in the eight hours before he allegedly killed himself.