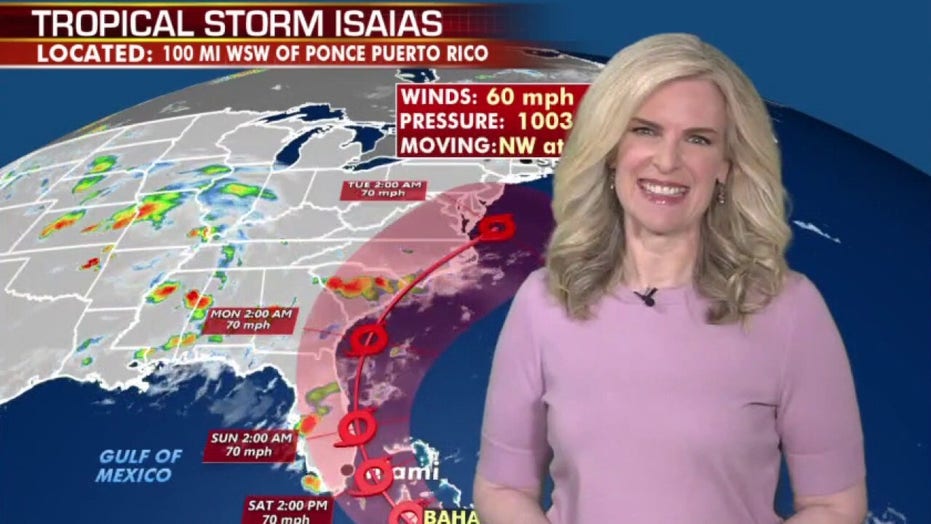 The National Hurricane Center declared Isaias a hurricane late Thursday night as it nears the Bahamas after the storm knocked out electricity and drenched Puerto Rico and the Dominican Republic earlier in the day.

By late Thursday, Isaias had maximum sustained winds of 80 mph, making it a Category 1 hurricane.

“There is a risk of impacts from winds, heavy rainfall, and storm surge along portions of the U.S. East Coast beginning this weekend in Florida and spreading northward to the Carolinas and southern mid-Atlantic states early next week,” an advisory from the center said.

The center said on Twitter that data from the Air Force Hurricane Hurricane Hunters indicates that the storm is stronger than before, but its track forecast “is unchanged.

Isaias was moving northwest at 18 mph, and its center was forecast to move near the southeastern Bahamas during the night, be near the central Bahamas late Friday and move near or over the northwest Bahamas and near South Florida on Saturday.