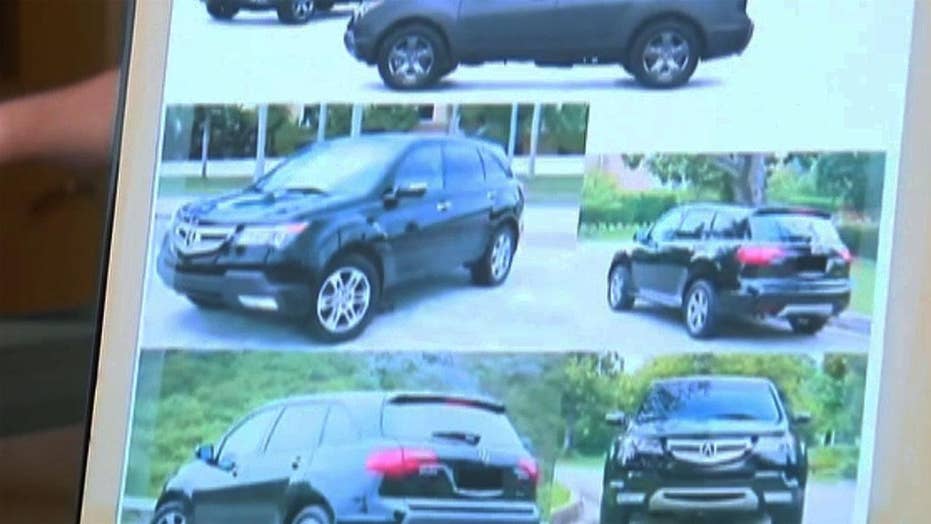 Two vehicles of interest were announced on Monday in the search for Jayme Closs, the Wisconsin teenager who went missing Oct. 15.

Surveillance footage helped the Barron County Sheriff's Office and the FBI determine the makes and models of two cars "seen in the area" of the Closs home at the time of the fatal shootings.

Search intensifies across the country for missing teen Jayme Closs as investigators try to piece together what happened the night her parents were killed; Matt Finn reports from Barron, Wisconsin.

Investigators believe a red or orange Dodge Challenger made between the years 2008 and 2014 might be linked to the incident. Another vehicle — either a Black Ford Edge, made between 2006 and 2010, or a Black Acura MDX made between 2004 to 2010 — is also of interest.

"If anyone sees or has seen these vehicles in Barron County, call the tip line with the time it was observed, location and license plate number if available," Barron County Sheriff Chris Fitzgerald said at a news conference. He noted that investigators "will only accept tips" based on the vehicle specifics listed above, and will not look into tips involving other car makes.

The sheriff reiterated he believes 13-year-old Closs is still in danger.

He said that since she went missing last week, officials have received 1,300 tips in relation to her disappearance; 1,100 of which have been closed. The sheriff said that "every tip" the department receives is important.

Closs went missing last week after a mysterious 911 call was made from her home in Barron, Wisconsin — where her parents, 56-year-old James and 46-year-old Denise, were found murdered.

Police downplay tip on sighting of Wisconsin teen in Florida

Authorities say they have no credible information to support the reported sighting of missing Wisconsin teen Jayme Closs in Florida; Matt Finn reports on the search.

The sheriff's department received a 911 call at 12:58 a.m. on Monday from an unknown person. The caller didn’t communicate with police, but noises heard in the background suggested a disturbance or struggle of some kind. 911 logs released days later appeared to indicate that Denise’s cell phone placed the call and that James Closs answered the door and was the first to be shot to death.

Investigators have said they haven't recovered a weapon and that it's likely Jayme witnessed her parents' murders.

The sheriff's office is seeking 2,000 volunteers to search for Closs on Tuesday at 9 a.m. local time. Fitzgerald told The Associated Press that "something triggered" the decision to conduct another ground search, but declined to elaborate.

A military helicopter was spotted circling the county on Monday in preparation for Tuesday's search. Those aboard were also looking for "anything of interest," the sheriff said.

Those with information on Closs' disappearance or whereabouts are encouraged to contact the Barron County Sheriff's Office tip line at 715-537-3106.