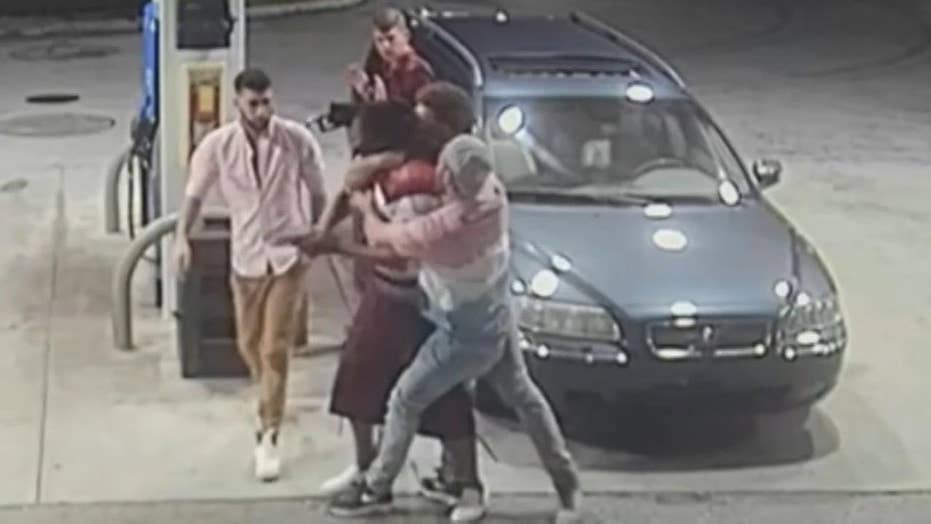 Four Indiana pals on spring break in Florida were confronted by a gunman at a gas station early Sunday but managed to grab the gun and tackle the would-be robber to the ground, police say a surveillance video shows.

The alleged robbery attempt took place around 3:45 a.m. in Oakland Park, which is about 4 miles north of Fort Lauderdale, WPLG reported.

The four friends were getting gas when a gunman got out of a car, approached them and demanded money, Broward Sheriff's Office spokeswoman Gina Carter said.

The friends jumped into action, with one wrestling the gun out of the would-be robber’s hand while the others tackled him to the ground, police said.

A scuffle ensued and a shirtless man ran up to push the friends off of the gunman, police said. The gunman and his shirtless accomplice then fled the scene.

Kevin Campbell, the gunman’s alleged accomplice on Sunday, faces several charges including robbery with a firearm and resisting an officer.

Campbell faced a judge on Monday and is being held on a $10,000 bond. Authorities said the other suspect has not been arrested.