An immigrants rights group said Wednesday it was using $2.1 million in donations to post bonds for nearly 200 undocumented detainees across the country in a bid to reunify families separated at the nation's southern border.

The Refugee and Immigrant Center for Education and Legal Services, or RAICES, a Texas nonprofit that provides low-cost legal services to immigrant and refugee families, teamed up with the National Bail Network and volunteers to make the payments in a single-day effort.

Wednesday's actions are aimed at bringing attention to the number of immigrants being detained, the arbitrary way in which bond is granted and the expense shouldered by detainees and their families, said Blake Vera, the RAICES interim director of the bond fund. 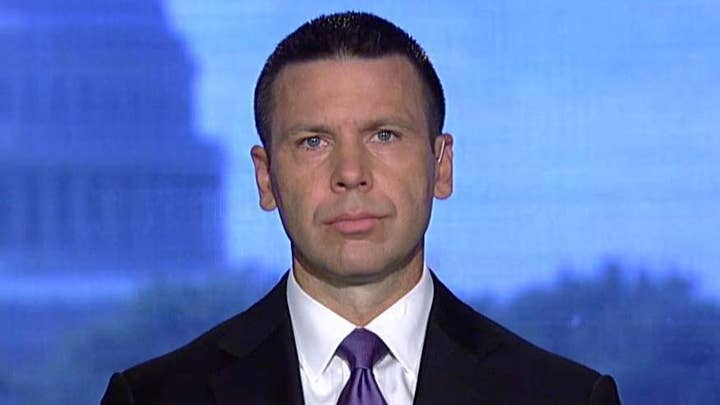 "It's about highlighting what's wrong with immigrant detention as a whole," Vera told Fox News.

While criminal defendants typically pay around 10 percent of a bond to secure their release from police custody, most bonds in the immigration system require the whole amount upfront.

Less than half of defendants in immigration court are given a bond hearing and still fewer are actually granted bond, Vera said. Immigration and Customs Enforcement (ICE) and judges can grant bonds to release detained immigrants.

What more, the bond system prevents immigrant detainees from gathering evidence to properly fight their case, he added.

On Wednesday, bonds were posted in an attempt to release 185 people in cities that include Los Angeles, Boston, Newark, N.J., Minneapolis and the Texas cities of San Antonio and Pearsall, Blake Vera, the RAICES interim director of the bond fund, told Fox News.

In Pearsall, only nine of the 42 people RAICES tried to bond out were able to have their bond posted. Vera said the group plans to return Thursday to attempt to have the remaining detainees released.

An ICE spokesperson told Fox News in a statement that "as standard procedure, U.S. Immigration and Customs Enforcement (ICE) processes aliens for release from ICE custody when they have been granted a bond and an obligor pays the bond."

Bonds at other locations were still being processed Wednesday, Vera said.

Advocates have criticized immigration officials and helped raise millions of dollars to help reunify families in the midst of a crisis at the U.S.-Mexico border that saw family separations spike amid the Trump administration's zero-tolerance policy.

More than 47,000 people are being held in federal custody, according to the most recent statistics provided by ICE.