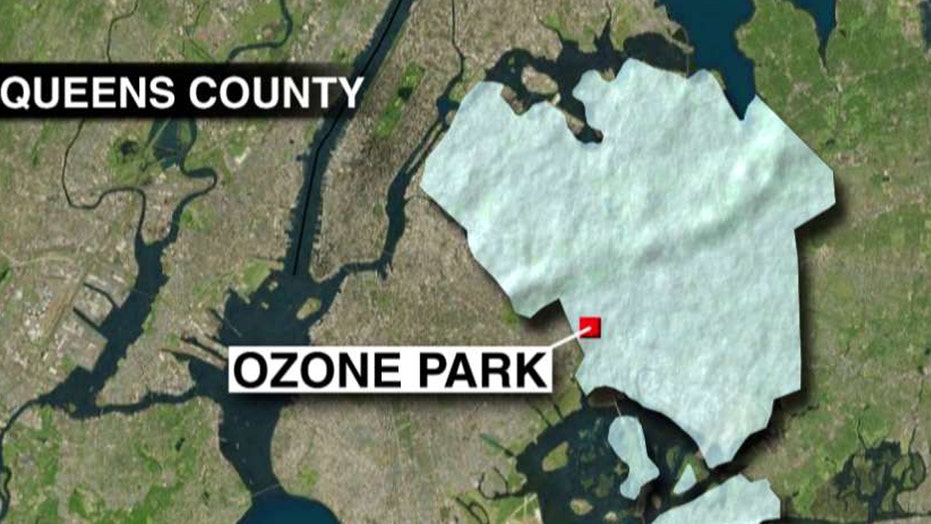 Imam one of two men gunned down outside Queens mosque

The imam of a New York City mosque and his associate were gunned down Saturday as they walked home from afternoon prayers.

Authorities said the men were shot in the back of the head shortly before 2 p.m. near the Al-Furqan Jame Masjid mosque in the Ozone Park neighborhood of Queens.

Police identified the imam as 55-year-old Maulama Akonjee and the associate as Thara Uddin, 64.

This undated image shows Imam Maulama Akonjee, who was shot and killed outside his mosque in Queens, N.Y., Saturday, Aug. 13, 2016. (Family photo)

NYPD Deputy Inspector Henry Sautner said video surveillance shows the victims were approached from behind by a man in a dark polo shirt and shorts who shot them and then fled with the gun still in his hand.

At a press conference, police said there was no indication the victims were targeted because of their religion. However, members of the Bangladeshi community served by the mosque said they want the shootings to be treated as a hate crime.

More than 100 people attending a rally at the shooting site Saturday night chanted "We want justice!"

Sarah Sayeed, a member of Mayor Bill de Blasio's staff, serves as a liaison to Muslim communities. She attended the rally and said, "I understand the fear because I feel it myself. I understand the anger. But it's very important to mount a thorough investigation."

Khaled Rahman, who also was there, said he believes the shootings were an attack "against our religion" and he hopes police increase security around mosques.

Shahin Chowdhury, a worshipper at the mosque, said members of the community had felt animosity lately, with people cursing while passing the mosque. He said he had advised fellow community members to be careful walking around, especially when in traditional clothing.

He called the imam a "wonderful person" with a voice that made his Koran readings especially compelling.

Worshipper Millat Uddin said Akonjee had led the mosque for about two years and was a very pious man.

Neighbors also described Thara Uddin as a pious and thoughtful man who prayed five times a day and went to the mosque. While at home, they said he would water his garden and one next door.

"A very honest, wise man ... (And) a very helpful guy," said neighbor Mohammed Uddin, who is not a relation of Thara Uddin's.