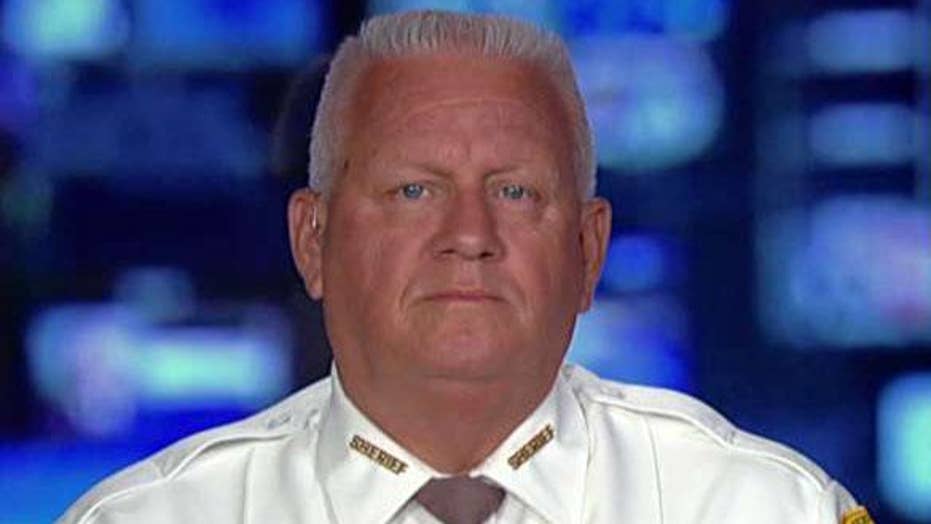 A seventh suspect in the U.S. illegally has been accused of sexual assault in Maryland's sanctuary Montgomery County. Frederick County Sheriff Chuck Jenkins sounds off..

A Honduran national in the United States illegally has been accused of raping his 15-year-old stepdaughter in suburban Maryland, the seventh such case in the area over the past five weeks.

The alleged victim spoke to Montgomery County police and claimed that her stepfather sexually assaulted her multiple times between Aug. 16 and Aug. 25. She alleged that she was unable to use the bathroom after one of the assaults because it was "very painful" and left her with a "stinging" feeling.

The victim's mother reportedly booted Carrasco-Hernandez from their Wheaton home after finding the two of them together in a bedroom. While the age of consent in Maryland is 16 years old, the mother said she believed it was a consensual act fueled by alcohol.

In a statement to WJLA, U.S. Immigration and Customs Enforcement (ICE) said that Carrasco-Hernandez was previously deported in April 2017, but re-entered the United States "sometime thereafter."

Carrasco-Hernandez could face up to 56 years in state prison in convicted on all charges. He also faces up to 20 years in federal prison for re-entering the U.S. having been previously deported, an ICE official told WJLA.

The agency reportedly placed a detainer on the Honduran national and he was put in jail without bond. He faces charges of second-degree rape, third and fourth degree sex offenses, and sex abuse of a minor.

The order states that no county agency – including police departments – can cooperate with ICE. Immigration agents are barred from entering secure portions of county jails, and must take custody of illegal immigrants in public areas, such as jail parking lots.

Earlier this month, another undocumented immigrant was arrested on second-degree rape and assault charges but was released days later after the Montgomery County Jail ignored ICE's detainer request.