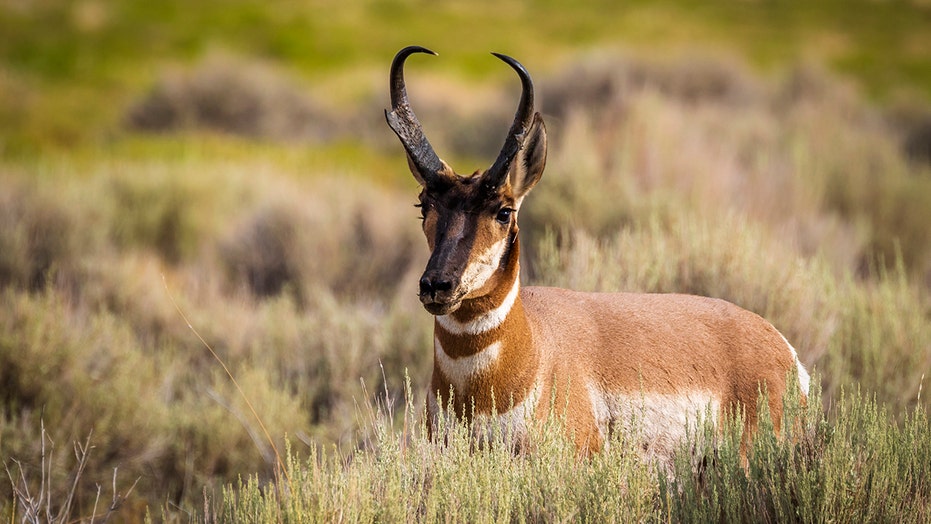 A herd of about 60 pronghorn was struck by a train in eastern Idaho on Monday, killing dozens as officials blamed deep snow for pushing the animals toward nearby railroad tracks.

The Idaho Department of Fish and Game said the incident happened north of Hammer, about 30 miles north of Idaho Falls.

“We have had these sad situations happen before during big snow events,” Curtis Hendricks, wildlife manager for the region, said in a news release. “These pronghorn are unable to cross the freeway fence as they migrate west and unfortunately they ended up on the tracks where the snow isn’t as deep.”

Pronghorns are among the speediest animals in North America and can run at more than 53 miles per hour across prairie areas, according to National Geographic.

Idaho Fish and Game said the train hit over pronghorn 60 on Monday, killing dozens of them.

The animals often choose to duck under fences rather than jump over them. According to Idaho Fish and Game, animals that are unwilling or unable to cross Interstate 15 in the area due to snow piling up at the freeway fence tend to congregate on the plowed railroad tracks, parallel to the freeway.

"Fish and Game identifies Interstate 15 as a likely impediment to east-west big game migration between traditional winter and summer ranges," the agency said.

After the collision, fish and game officials said that staff responded to the scene where 45 pronghorns were reported dead. Another 19 animals were "severely injured" and had to be "dispatched" by staff members, according to the agency.

No humans were injured during the incident, officials said.

"Any edible meat will be distributed to needy families and food banks throughout the region," according to Fish and Game.

It's not the first time a herd of animals was killed by a train in the state.

Last year, a herd of elk was hit by a train traveling between Montpelier and Soda Springs. Thiry-one elk were killed; 10 survived.

"Trains hitting herds of big game animals are not common occurrences in the region," Idaho Fish and Game said at the time.