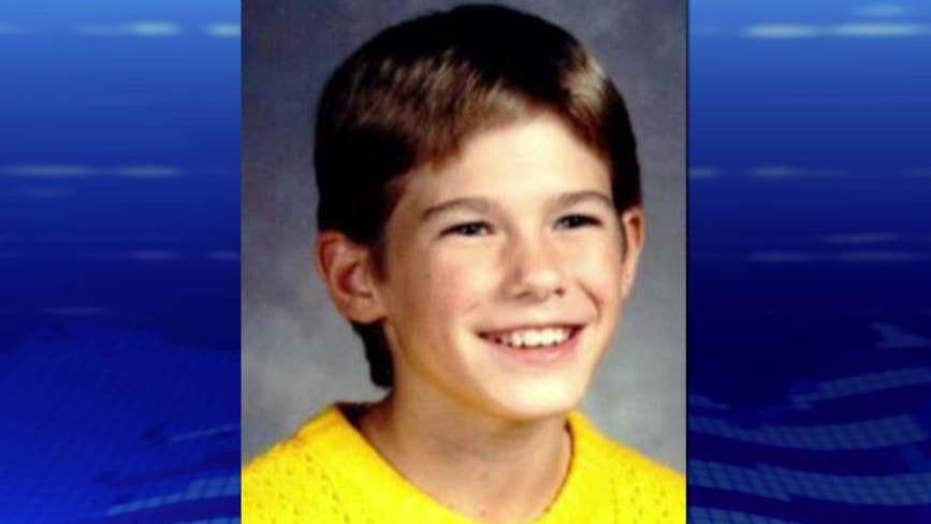 Suspect reportedly lead authorities to the remains of Jacob Wetterling

The mother of an 11-year-old Minnesota boy abducted in 1989 says learning of his death was "like getting just punched in the head."

Patty and Jerry Wetterling spoke to the media Tuesday for the first time since an Annandale man confessed that he kidnapped, sexually assaulted and killed their son, Jacob.

Patty Wetterling told the Star Tribune nearly 27 years after Jacob's disappearance, learning about his death was "stunning" and "confusing."

The Wetterlings learned from their attorney, that Danny Heinrich might be willing to give answers about Jacob in exchange for a plea deal.

"I didn't want it to be him," Patty Wetterling said. "Either he had to provide evidence or a very convincing story, and I got stuck on that."

Jerry Wetterling said he and his wife had to keep the possible plea deal to themselves.

The Wetterlings accepted the plea deal that gave Heinrich 20 years in prison on pornography charges in exchange for his compliance to lead the parents to their son's remains, which were found in a field in rural central Minnesota.

"They asked if we wanted to go see where this was found, which was a gift to us because it was before anybody else knew. We could go there undisturbed," Patty Wetterling recalled.

Days after receiving confirmation of their son's death, the Wetterlings heard from Heinrich himself as he gave the horrific details of the night of Oct. 22, 1989, the night Jacob went missing.

Heinrich will be sentenced in November.

The couple said they are comforted by the laws that have been passed since Jacob's disappearance to help keep children like their son safe.

"What is hopeful, that I see, is the way our state has, in a sense been I think almost catapulted to a different level of caring about this issue," Jerry Wetterling said.