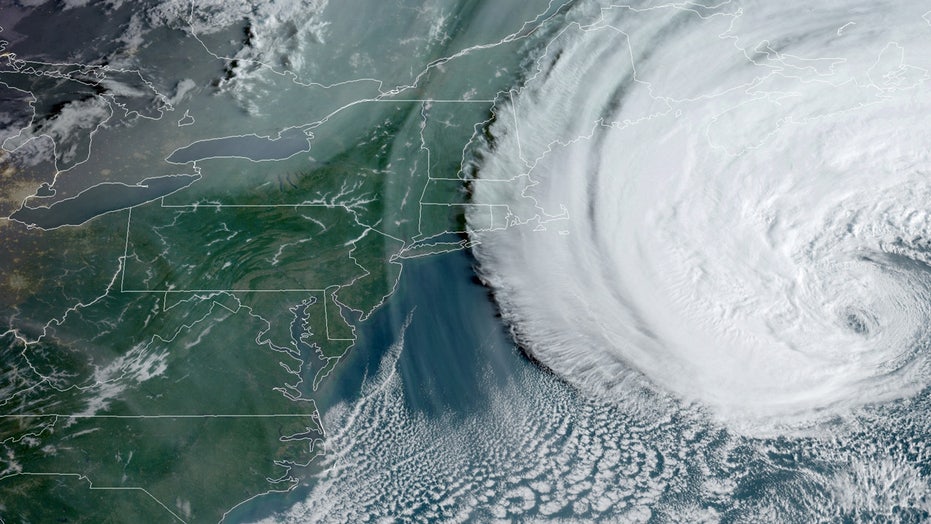 A large and powerful Hurricane Teddy is set to make a direct impact in Atlantic Canada, but the storm's vast size is creating problems along the East Coast of the U.S.

The National Hurricane Center (NHC) said Tuesday that Hurricane Teddy is a Category 2 storm, packing maximum sustained winds of 105 mph and is located about 365 miles south of Halifax, Nova Scotia. The storm is moving north-northwest at 28 mph.

Teddy will lose its tropical characteristic and transition to an extratropical storm impacting Atlantic Canada from Tuesday night into Wednesday.

Tropical storm warnings are in effect for the Canadian Maritimes.

The large size of the storm is churning up the Atlantic, with dangerous conditions all along the East Coast.

Hurricane Teddy is creating dangerous conditions along the East Coast of the U.S. (Fox News)

According to the National Weather Service (NWS) Weather Prediction Center (WPC) the "expansive circulation" of Teddy is causing the dangerous ocean conditions.

In addition to the high seas, Downeast Maine should get some rain and gusty winds from Teddy's western edge on Tuesday.

Swells from Hurricane Teddy in the Atlantic Ocean have been causing coastal flooding along the East Coast, according to forecasters.

Video filmed in Atlantic City, N.J., on Monday shows choppy surf and flooding along the beach.

The NWS Mount Holly office forecast wave heights of 52 feet in the Atlantic due to the hurricane and warned of surf heights of up to eight feet along the New Jersey coast.

Elsewhere in weather across the nation, fall officially begins on Tuesday morning.

The first official day of fall arrives at 9:30 a.m. EDT, and it certainly feels that way over parts of the East Coast with some areas feeling record cold lows Tuesday morning.

It will be a warm start to fall across the Central and Northern Plains, with afternoon highs Tuesday well into the 80s. The Northeast and Mid-Atlantic will be in the 60s and 70s, while Phoenix will be near 102.

Much needed rain will move into the Northwest and Northern Rockies.

Isolated showers and thunderstorms will also be possible across the four corners.

Some of these storms could contain lightning, and because it’s so dry, very little rainfall could mean a fire danger threat.