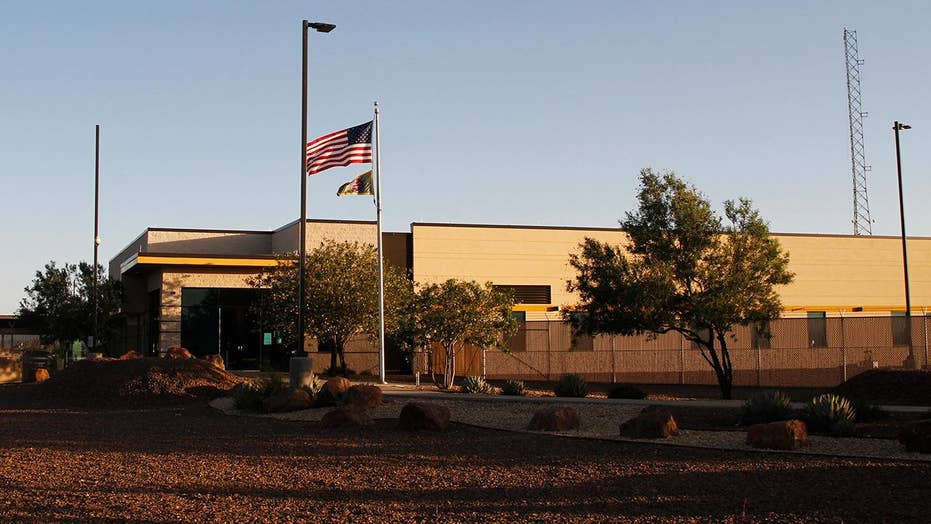 The U.S. government reportedly has moved hundreds of migrant children away from a Border Patrol facility in Texas after stories surfaced last week of them experiencing neglect and mistreatment.

Of the more than 300 children once reported to be detained at the station in Clint, only 30 remain as of Tuesday, Rep. Veronica Escobar said after her office was briefed on the situation by a U.S. Customs and Border Protection official.

Last week, lawyers who interviewed those children told the Associated Press they heard stories about them having to live with inadequate food, water and sanitation.

“How is it possible that you both were unaware of the inhumane conditions for children, especially tender-age children at the Clint Station?” Escobar wrote in a letter Friday to U.S. Customs and Border Protection Commissioner John Sanders and U.S. Border Patrol Chief Carla Provost.

The entrance of a Border Patrol station in Clint, Texas. A legal team that interviewed about 60 children at the station near El Paso says young migrants being held there were experiencing neglect and mistreatment. (AP)

Also in her letter, Escobar asked to be advised of the steps being taken to correct “these humanitarian abuses.”

Although it was unclear where the children held at Clint were moved, Escobar said some were sent to another facility on the north side of El Paso called Border Patrol Station 1. Escobar said it is a temporary site with roll-out mattresses, showers, medical facilities and air conditioning.

Last week, Sanders urged Congress to pass an emergency funding package in response to the humanitarian crisis, which he said included $3 billion to provide the growing population of migrant children with adequate care.

Also last week, Texas Gov. Greg Abbott deployed an additional 1,000 National Guard troops to the border to aid and facilitate at facilities and various ports of entry – while slamming Congress for their lack of recognition of the crisis, calling them a "group of reprobates".

Government laws call for migrant children to be kept by Border Patrol for no more than 72 hours before they are transferred to the custody of Health and Human Services, which houses the minors in facilities across the country. While housed, authorities then determine if they can be released to relatives or other close individuals.

“(Unaccompanied children) are waiting too long in CBP facilities that are not designed to care for children,” the Office of Refugee Resettlement told the Associated Press. "These children should now all be in HHS care as of Tuesday."