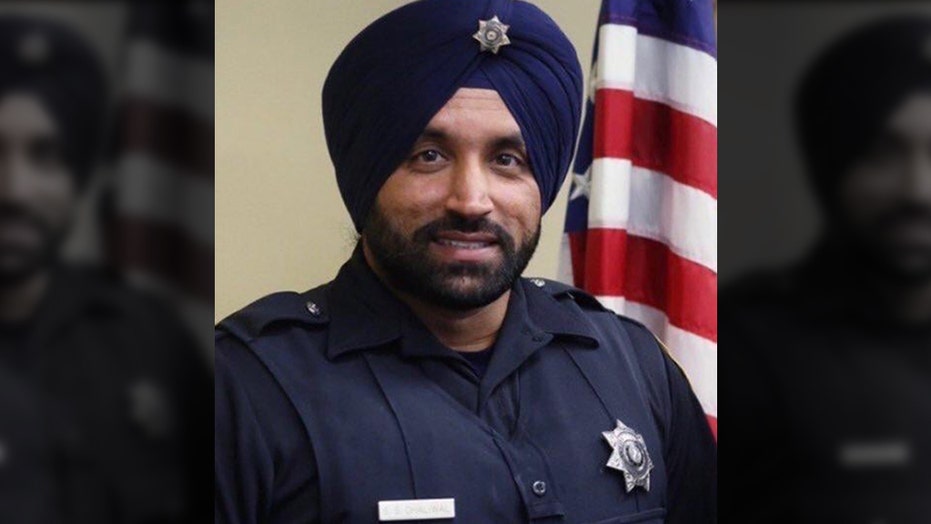 The Houston Police department announced Monday that the department is changing its dress code policy to be more inclusive in honor of a fallen Sikh deputy.

The department will now accommodate Sikh officers by letting them wear their articles of faith while on duty, Mayor Sylvester Turner said. The announcement was made at a news conference on Monday morning.

The city of Houston tweeted that “Houston Police is now the largest law enforcement agency in Texas to adopt a policy allowing officers to wear articles of faith on duty.”

"I know that Sikhs have a proud history as first responders & members of the military. #HPD [Houston Police Department] can be their home," Turner said.

Sandeep Dhaliwal, a 10-year veteran of the Harris County Sheriff's Office and its first Sikh deputy, was shot multiple times while conducting a traffic stop in September.

Dhaliwal's dashboard camera captured video that showed the officer speaking with the driver in what appeared to be a conversational tone with "no combat, no arguing," Sheriff's Maj. Mike Lee said. The driver's door was opened at one point, and Dhaliwal shut it as the driver remained in the vehicle. When Dhaliwal turned to walk back to his patrol car, the driver steps from the car "almost immediately running with a gun already out," Lee said. The driver shot the deputy from behind, hitting him in the back of the head. The driver got back in his car and drove away.

Dhaliwal, 42, was pronounced dead at an area hospital. The deputy was a father of three children.

“Deputy Dhaliwal taught us all a valuable lesson about inclusion. It was an honor to know him,” Turner said on Monday.

The sheriff had implemented a religious accommodation policy that allowed Dhaliwal to wear the traditional turban and beard of the Sikh religion.

“We know the spirit, the soul, the delight that that man emitted,” Fox 26 reported Houston Police Chief Art Acevedo said.

Dhaliwal was known as being one of the first law enforcement officers in the nation to wear his turban while on the job, the station reported.

“We have seen Sikhs across the country proud to show their children that here in America, Sikhs can serve as an officer in the law enforcement without compromising their faith,” the television station reported Kiran Kaur Gill of the Sikh American Legal Defense and Education Fund said.

“What it really means to people like me is: we love you, we respect you, and your turban is a part of the fabric of this nation,” Army Reserve Lt. Col. Kamal Singh Kalsi of New Jersey reportedly said.

Robert Solis, 47, had been charged with capital murder in Dhaliwal's death, according to the sheriff's office. Solis was wanted on a parole violation warrant dating back to January 2017, when he was reportedly accused of threatening his girlfriend and possessing a prohibited weapon, Harris County Sheriff Ed Gonzalez said. Click2Houston reported that Solis was sentenced to more than 20 years in prison in 2002 for aggravated kidnapping but was released on parole in 2014. His parole would have expired in 2022.