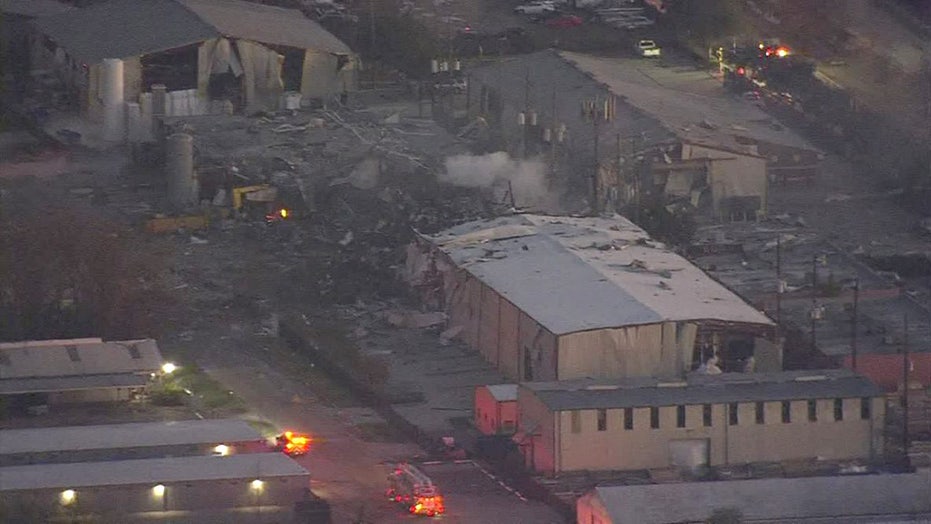 Two are dead and 200 homes damaged after a massive explosion overnight Friday at a manufacturing plant, Houston police reported.

Firefighters responded around 4:25 a.m. local time to a building housing Watson Grinding Manufacturing, according to Fox 26 Houston, and the explosion was caused by a propylene gas tank.

The blast rattled houses miles away, the station reported.  One homeowner was hospitalized.

"This is a disaster area right now," Houston Police Chief Art Acevedo said at a news briefing Friday morning. He said anyone caught looting would be arrested and prosecuted.

The force of the explosion knocked some homes off their foundation, officials said. One resident recorded the explosion and posted it on Twitter.

“No evacuation order has been given at this time,” the Houston Fire Department tweeted around 7 a.m. local time.

Firefighters battled the blaze for hours and worked to shut off propylene leaking inside the warehouse, the Houston Chronicle reported.

School officials canceled classes at an elementary and a middle school in the area.

Houston Police Chief Art Acevedo reported a half-mile debris field from the explosion, according to Fox 26.