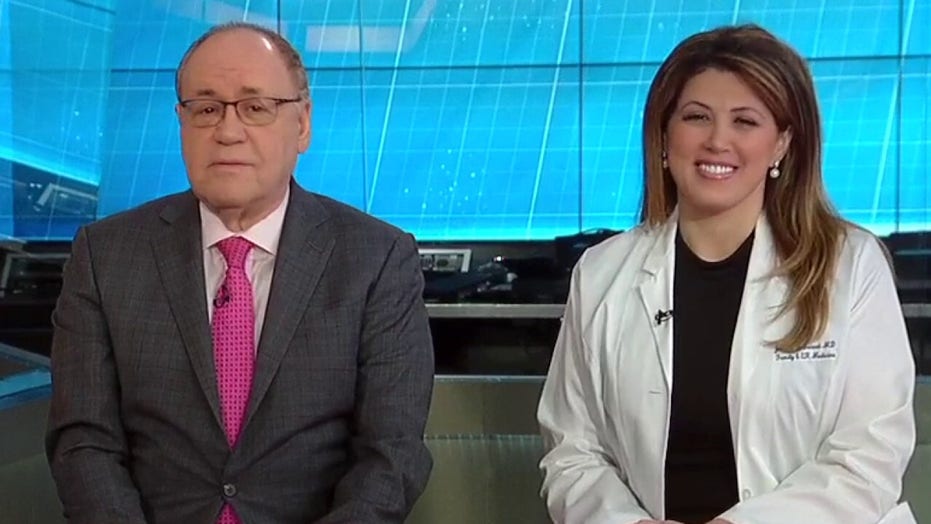 How coronavirus is impacting everyday Americans

The New Jersey city of Hoboken, which sits across the river from New York City, is imposing a stringent measure to combat the coronavirus outbreak—an overnight curfew for all residents.

The curfew is among the first and most far-reaching of such measures taken in the U.S. to limit the spread of the virus.

It was announced on Saturday night by the city’s mayor, Ravi Bhalla, and came a day after a man became the first in Hoboken to test positive for COVID-19.

Row of houses and sidewalk in the city of Hoboken, New Jersey. (iStock)

Starting Monday night, residents will be under curfew from 10 p.m. until 5 a.m. the next day.

All Hoboken residents will be required to remain indoors during the curfew hours except for emergencies and required work, Bhalla said.

At the same time, New Jersey Gov. Phil Murphy said Sunday morning that a statewide curfew was one of several options "under consideration," though the situation was not there yet, WNBC-TV reported.

Also in the New York City suburb of Teaneck, N.J., the mayor on Saturday asked all residents to self-quarantine after 18 residents tested positive for coronavirus.

Residents in the township of 41,000 are being asked to remain at home and only leave to get food or medicine, the New York Post reported.

“There are people that don’t understand that this is something we haven’t seen since World War II,” Teaneck Mayor Mohammed Hameeduddin said.

A couple wears a face mask to protect against the Coronavirus outbreak as they visit Buckingham Palace in London, Saturday, March 14, 2020. For most people, the new coronavirus causes only mild or moderate symptoms, such as fever and cough. For some, especially older adults and people with existing health problems, it can cause more severe illness, including pneumonia.(AP Photo/Frank Augstein)

Some others in New Jersey have already taken steps to stop the spread of the virus, as have dozens of other cities and communities in the U.S.

The biggest impact of the Hoboken curfew is the city's thriving bar scene and nightlife.

Bhalla said a bar fight Saturday evening contributed to his decision to impose a curfew. He said a man injured in the fight had to wait 30 minutes for an ambulance because the city's EMS system was being inundated with service calls.

"This is, unfortunately, a contributing factor why we cannot continue bar operations which can trigger calls for service that are delayed in part because of this public health crisis," he said.

The worldwide outbreak has sickened more than 152,000 people and left more than 5,700 dead. There have been thousands of new cases confirmed each day.

There have been 57 deaths in the U.S. from the virus in the U.S., while the nationwide number of infected approached 3,000.

A new round of restrictions and border closures to slow the spread of the new coronavirus has been announced in Europe and beyond.

Firefighters prepare fogging machines to disinfect a street against the coronavirus as people watch, in western Tehran, Iran, Friday, March 13, 2020. The new coronavirus outbreak has reached Iran's top officials, with its senior vice president, Cabinet ministers, members of parliament, Revolutionary Guard members and Health Ministry officials among those infected. The vast majority of people recover from the new coronavirus. According to the World Health Organization, most people recover in about two to six weeks, depending on the severity of the illness. (AP Photo/Vahid Salemi)

Public life and travel are increasingly grinding to a halt and even worship is being disrupted amid efforts to keep people apart.

Spain awoke to the first day of a nationwide quarantine. Austria’s chancellor said Sunday his government was limiting people’s movement nationwide, shortly after the country’s Tyrol province followed Italy and Spain in barring people from leaving their homes except for essential errands and work.

Europe is currently the main front line of the fight against COVID-19. Estonia and Latvia said they would close their borders to foreign nationals.

France ordered the closing of the Eiffel Tower, the Louvre, cafes and restaurants.

Soldiers and police sealed the densely populated Philippine capital from most domestic travelers in one of Southeast Asia’s most drastic containment moves.