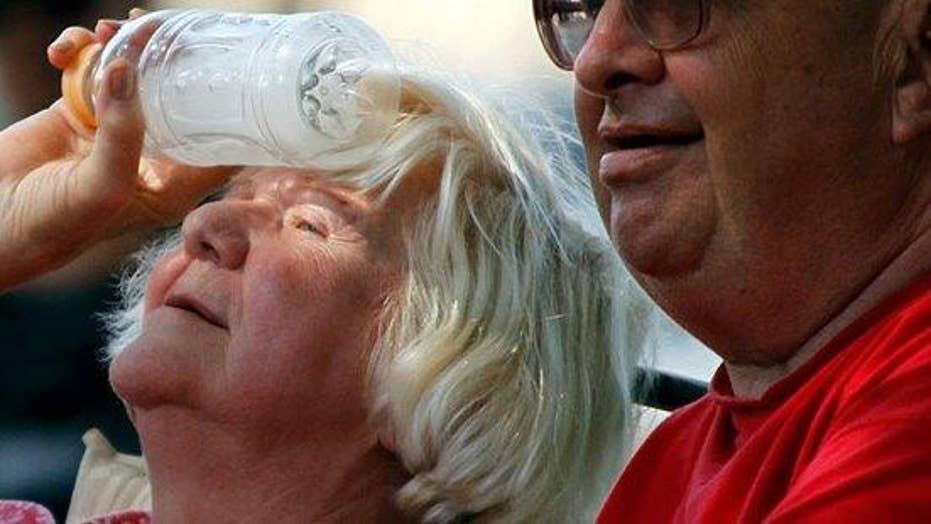 Dangerous heat will extend beyond the weekend, gripping large portions of the United States as a “heat dome” brings sweltering summer temperatures.

The dome, which is a high-pressure ridge that traps hot air for an extended period of time, affected more than 110 million Americans over the weekend, when hot and very humid conditions pushed the heat index to well above 100 degrees across a large portion of the central and eastern U.S., according to the National Weather Service.

Still, record hot temperatures are not expected, according to the National Weather Service.

"With no strong pushes of cool air from Canada on the horizon, people from the mid-Atlantic to the Deep South can expect virtually no relief from the high heat and humidity," AccuWeather Meteorologist Kyle Elliott said.

The hot temps reportedly have many bracing for the storms that could follow.

At a news conference Sunday, Philadelphia Mayor Jim Kenney said demonstrations at the Democratic National Convention will be on hold during any thunderstorms for the safety of protesters. The four-day convention for Democrats to nominate Hillary Clinton for president begins Monday.

Two medic tents, two misting tents and water will be available 24 hours a day to protesters in FDR Park, near the convention site. He strongly discourages people from camping in parks, which is against a city edict.

Several marches and rallies were hitting the streets Sunday, including a march for clean energy and one supporting Bernie Sanders. Thousands are expected at each.

An excessive-heat warning was issued over the weekend for much of the U.S., from North Dakota to the mid-Atlantic states and into the South.

The high temps also will surge for the northwestern states, AccuWeather.com reports.

This weekend, Washington was the only state that did not reach at least 90 degrees, NBC News reported.

The nation is expected to experience warmer-than-normal temperatures for the rest of the summer, Voice of America reported, citing weather experts.

The weather was expected to become even more oppressive during the week, with high humidity caused by the Gulf of Mexico’s very warm water.

The highest temperature in the United States on Saturday was 121 degrees in Death Valley, Calif.; by contrast, West Yellowstone, Mont., had the lowest temperature recorded for Sunday, at 32 degrees, the National Weather Service reported.